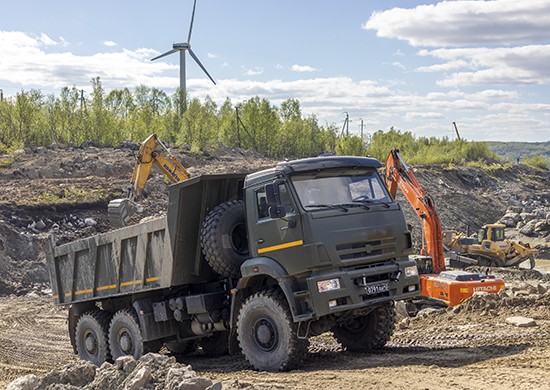 It was in early June the railway bridge across the Kola River collapsed as the spring flood destroyed one of the pillars in the water.

The railway is of utmost importance for Russia’s commercial cargo flow to the port of Murmansk, but also for the numerous military bases on the coast to the Barents Sea and in the Pechenga valley near the border to Norway.

This week, specialists of the railway and engineering troops from the Western Military District were ordered to assist in the construction of an alternative railway link. A 5,7 km long circumvention of the bridge is being built by connecting the existing track to the new railway line to Lavna.

The new bypass is estimated to open in the last week of June and will serve traffic until the bridge itself is restored, likely not before in October.

More than 100 military personnel from the 29th separate railway bridge are working on site, the press service of the Western Military District informs.

The troopers arrived to the Kola Peninsula from the Bryansk region in southern Russia.

The decision to send in the 29th railway bridge to speed up the work on the alternative railway link was taken by President Vladimir Putin and Defense Minister Sergei Shoigu, the press service says.

Murmansk is one of Russia’s main transport hubs for oil export and serves many of the larger industrial enterprises on the Kola Peninsula like Nornickel, PhosAgro and others.

The October railway to Murmansk opened in 1916 and was partly built by prisoners in labour camps.