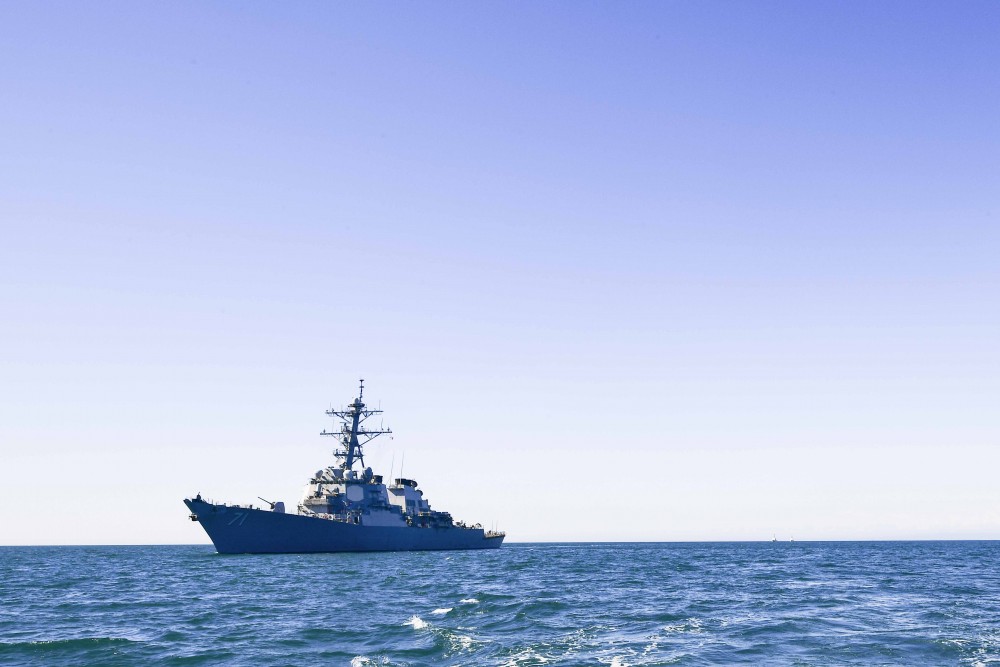 The destroyer's return to the Arctic marks the third time this year that U.S. Navy surface ships have operated in the Barents Sea.
Read in Russian | Читать по-русски
By

Unlike in the September voyage, the Norwegian Navy is not sailing together with the United States’ guided-missile destroyer USS Ross.

“This Barents Sea mission marks a significant milestone, clearly demonstrating our dynamic ability to operate anywhere in the world,” said Commander John D. John, Ross’ commanding officer in a statement. “These operations demonstrate the commitment of our crew to transatlantic stability and security.”

USS Ross’ transit back to the Arctic follows its participation in Exercise Joint Warrior, a U.K led, multilateral training exercise designed to provide NATO and Allied forces with a unique multi-warfare environment to prepare for global operations.

The lessons learned during this high-end warfare training, along with previous Arctic experience, ensures the readiness of the crew to execute the entire spectrum of maritime operations across the maritime domain, the U.S. Navy statement reads.

A group of warships from the Russian Northern Fleet is currently sailing the waters around Franz Josef Land in the northern part of the Barents Sea. The Defence Ministry in Moscow on Monday posted a video of a Bastion coastal defence missile system from the archipelago to a sea-located target.

USS Ross is deployed with the 6th Fleet responsible for the waters throughout the European and African area, including north of the Arctic Circle. In 2017, the ship sailed anti-submarine patrols around the Norwegian Sea.