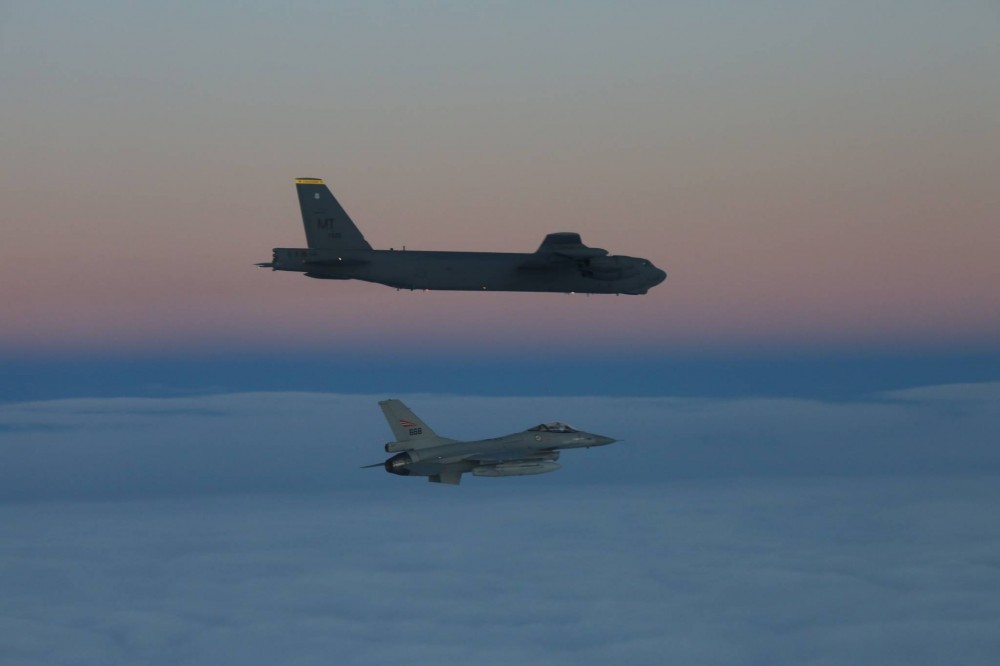 A Norwegian F-16 fighter jet from Bodø air base fly alongside the huge American B-52 bomber on December 3. Photo: Norwegian Air Force

Sørreisa control and reporting centre inside the Arctic Circle kept track of the flights.
Read in Russian | Читать по-русски
By

Norwegian F-16s fighter jets were flying alongside the U.S. Air Force B-52s during a training mission on December 3.

Soldiers on ground, so-called Joint Terminal Attack Controllers, directed the combat aircraft towards the targets via direct communication with the pilots.

“Flight took place over Nordland county,” says Air Force spokesperson Stine Barclay Gaasland. “The personnel on ground belongs to the Artillery Battalion and the Intelligence Battalion at Setermoen,” she adds.

The two battalions are part of the Northern Brigade, stationed east of Tromsø in northern Norway.

Norwegian fighter jets have in the course of the last few years intensified training together with American long-range bombers in the northern airspace.