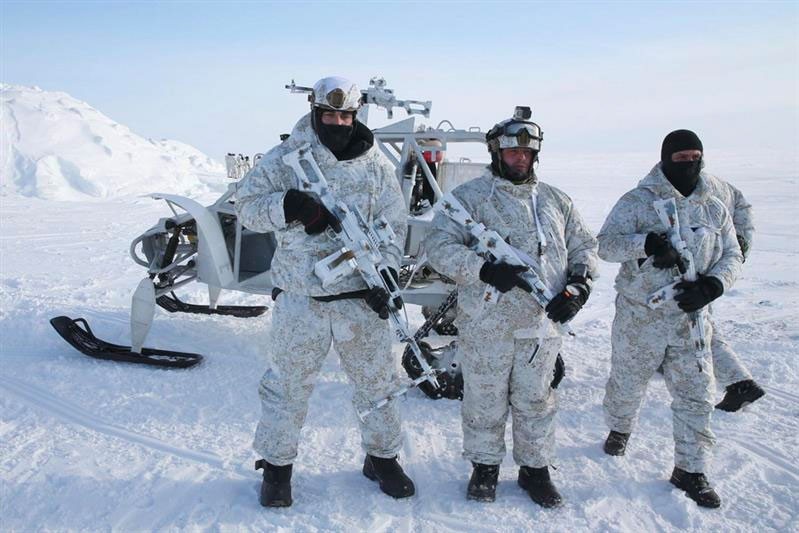 Chechen forces are back in the Arctic

Special forces from the North Caucasian region are in the Russian far north to do training in a "complicated peace-time environment."
Read in Russian | Читать по-русски
By

“They are in great physical shape and ready to respond to any challenge in the harsh Arctic,” says Chechen strongman Ramzan Kadyrov.

According to the controversial regional leader, the soldiers are fully prepared for battle. They are equipped with state-of-the-art weapons, military gear and communications, he underlines on his social media VK page.

The Chechen forces are part of an exercise initiated by the Russian National Guard (Rosgvardia). Judging from video footage, the training is taking place in the Taymyr area. Video materials show the soldiers training on the great Yenisey river near Dudinka.

The exercise is reportedly headed by Daniil Martynov, the special adviser to Ramzan Kadyrov on military issues. According to the Chechen leader, members of the Chechen Spetsnaz University are taking part as instructors.

“The exercise in the Arctic zone plays an important role for Rosgvardia,” Kadyrov underlines and explains that new battle methods, as well as new equipment, clothing and gear will be tested.

Several special purpose units are included in the drills, including assault teams, paratroops and snow mobile groups, Daniil Martynov says in an interview with newspaper Chechen Online. About 250 soldiers are engaged. Some of the will ride up to 700 km on snowmobiles, the Chechen Government informs.

It is not the first time that Chechen forces engage in Arctic training.

In April 2016, a combat group of Chechen special forces headed by the same Daniil Martynov engaged in military training on the North Pole. On their way north, they landed on the Norwegian Arctic archipelago of Svalbard.

Chechen forces have also participated in National Guard training in Murmansk, as well as the far northern archipelago of Franz Josef Land.

The National Guard is directly subordinated the Russian President and has the Arctic as one of its priority regions. In a meeting in January this year, the military structure elaborated a set of consolidated proposals for its strengthened presence in the Arctic region.