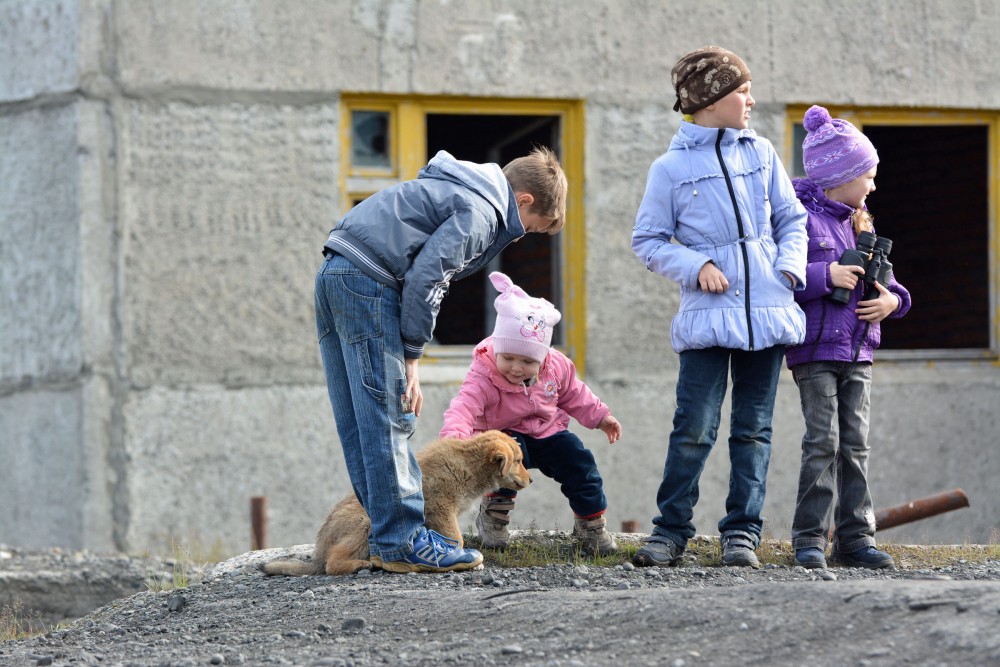 Russia wants to improve life so more military families can settle in the town of Belushya Guba at the remote and strictly closed Arctic archipelago.
Read in Russian | Читать по-русски
By

Housing and development of infrastructure in the Arctic get special attention, according to a Defense Ministry statement given to Interfax.

Deputy Defense Minister Timur Ivanov elaborated when he recently visited the Northern Fleet, from January 1 this year responsible for all military units in Russia’s Arctic region.

“From 2013 until today, specialists from the military construction complex have commissioned 791 buildings and structures,” Ivanov said.

Later this year, three new residential buildings with a total of 168 apartments will be ready in the military town of Belushya Guba.

Also, a kindergarten with room for 360 children is under construction and will be opened by the end of 2021. In comparison, the current kindergarten has a capacity for 80 children, according to the portal of the municipality.

Designed for Arctic climate, the children will have a variety of activities to choose from in the new bilding, including a greenhouse, a sports corner, and a swimming pool. A speech therapist and a psychologist will work at the kindergarten, the Defense Ministry informs.

From before, a new school was built in Belushya Guba.

The town with about 2,000 residents is the main administrative center at Novaya Zemlya. It is located on the southern island, less than 10 kilometers from Rogachevo airbase, which in January announced that the first MiG-31BM aircraft now are on standby combat duty.

Little information is publicly available in regards to living conditions for personnel at Russia’s closed military towns in the high Arctic. In 2019, however, Belushya Guba made worldwide headlines as the town was “invaded” by polar bears.

A group of up to 52 bears stayed in and near the town in a few months mid-winter, attracted by the food at the municipal dumpsite.

The town’s coat of arms displays two polar bears standing on the map of Novaya Zemlya.

Some 110 kilometers to the south of the town is the southern nuclear test site where several underground explosions took place from 1973 to 1975. Around the nearby Chernaya Guba, one under-water and a few on-water nuclear warheads were tested in the second half of the 1950s.

Today, Russia conducts sub-critical nuclear tests in tunnels near the Matochkin Shar, the strait dividing the southern and northern islands of the archipelago.