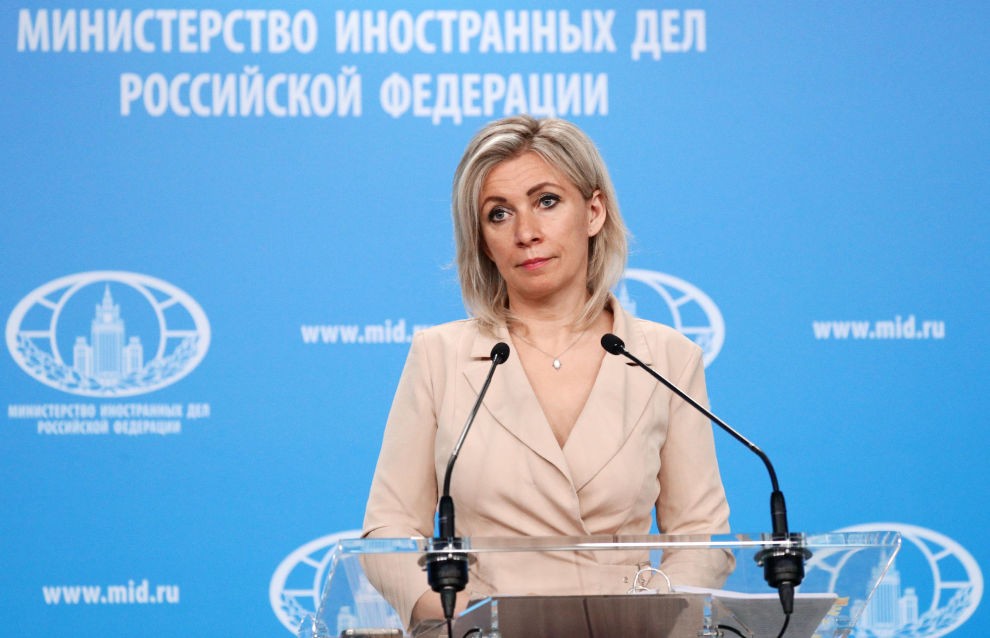 Oslo follows a deliberate and destructive line towards aggravating tensions in the Euro-Arctic region, and destroying Russian-Norwegian relations, the spokeswomen for Russia’s Foreign Ministry said in her weekly press briefing.
Read in Russian | Читать по-русски
By

Maria Zakharova is known for her undiplomatic comments and few raise eyebrows as she lashes out against neighboring countries. The spokeswomen’s wordings at this week’s briefing, however, were especially strong.

Zakharova said Oslo’s enthusiasm over US steps to strengthen its military presence in Norway is provocative.

Pointing to the recently signed agreement which opens for the United States to use four dedicated locations in Norway for joint military purposes, Zakharova said “this is yet another proof that Oslo is gradually abandoning the policy of self-imposed restraints.”

She continued: “This is fully in line with the policy of military build-up and active involvement of NATO in the Arctic.”

Two of the locations where the United States could build infrastructure are Evenes airport and the nearby Ramsund naval station.

Zakharova said this activity happens “in direct proximity to the Russian border.”

Evenes airport is more than 500 kilometers from Norway’s border to Russia if taking a straight line through Finland. In comparison, all of the powerful Northern Fleet’s nuclear submarine bases are within a distance of 60 to 100 kilometers from the border to Norway.

Norway’s Defense Minister Frank Bakke-Jensen told the Barents Observer two weeks ago that “this agreement is not escalating tensions with Russia.”

She said Russia regards such activities as “Oslo’s deliberate and destructive line towards aggravating tensions in the Euro-Arctic region and destroying Russian-Norwegian relations.”

“This is not our choice. Russia remains open to an equal and constructive dialogue on building confidence and security in the region, as we pointed out to the Norwegian authorities on numerous occasions,” she ended.