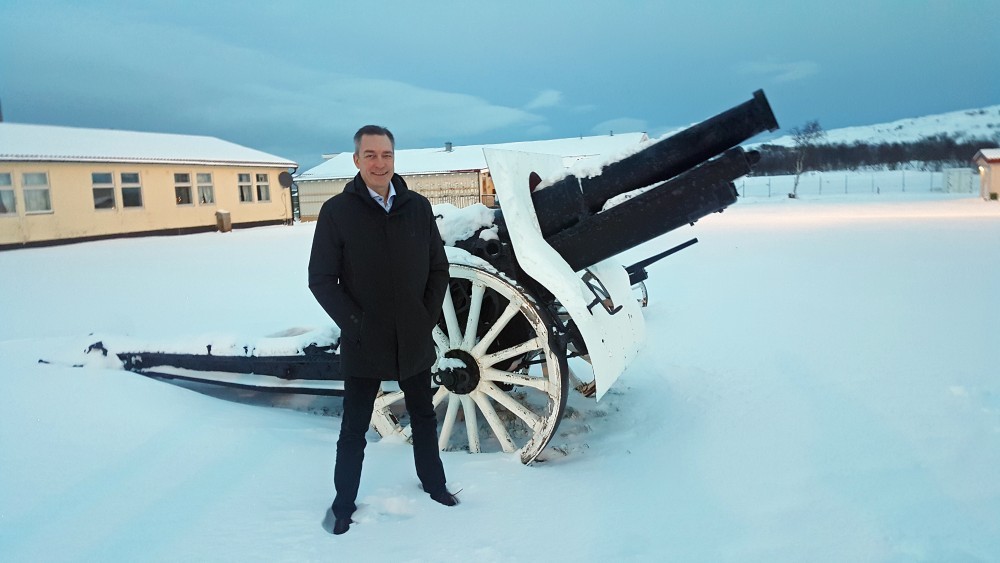 Norway' Minister of Defense, Frank Bakke-Jensen, on Friday signed an agreement with the United States allowing for, among other things, construction of hangar and fuel supply infrastructure for U.S. Navy P-8A maritime patrol aircraft at Evenes airport and the nearby Ramsund naval station.
Read in Russian | Читать по-русски
By

“This agreement will strengthen the United States and NATO’s possibilities to defend Norway,” said Minister of Defense, Frank Bakke-Jensen in a phone interview with the Barents Observer.

The new deal widens the opening for transatlantic military cooperation further. At Evenes airport, inside the Arctic Circle, new infrastructure will be built and paid by the United States, aimed at serving U.S. and other NATO maritime patrol aircraft operating over the strategically important Norwegian Sea.

In recent years, Russian Northern Fleet submarines have both sailed more and enlarged patrol areas outside Norway’s northern coast. New, improved, quieter subs of the Yasen class, with cruise missiles that can strike farther, worry the US and its NATO allies.

However, the Russian fleet of nuclear submarines are growing substantially. Currently, 15 subs are at different stages of readiness at the Sevmash shipyard in Severodvinsk.

Four locations in Norway are mentioned in the agreement; the three airports Rygge, Sola and Evenes, as well as Ramsund naval station. Rygge and Sola airports are in southern Norway, while the two latter are between the towns of Narvik and Harstad in northern Norway.

The Defense Minister said a hangar for U.S. operated P-8 Poseidon is one example of what could be built side-by-side of the Norwegian hangars. In addition, fuel-supply systems will be built at Ramsund, the naval station about six kilometers from the airport.

Bakke-Jensen made clear that this agreement does not open for any permanent U.S. bases in Norway.

This isn’t exactly a move to de-escalate the already negative security trend in the north?

“This agreement is not escalating tensions with Russia,” the minister said.

“It is an public available text, we inform everyone about what we do. The agreement facilitates for cooperation between Norway and the United States.”

Elaborating, Bakke-Jensen said Norway has always had a close and good cooperation with the United States and other NATO members.

“Norway’s defense rests on three main elements: the national defence capability, collective defence through NATO, and bilateral reinforcement plans with close allies. The ongoing development of defence cooperation with the US complements our own efforts to strengthen the capacity of the Norwegian Armed Forces,” Minister Frank Bakke-Jensen said.

The text in the agreement underlines that no nuclear weapons can be on board navy ships making port calls to Norway, or aircraft landing at airports in the country.

A Norwegian version of the deal is posted at the Government’s portal.

At a press conference in Oslo, Foreign Minister Ine Eriksen Søreide said the agreement will strengthen Norway’s security. “The United States can with the agreement better train together with Norwegian forces,” the minister said.