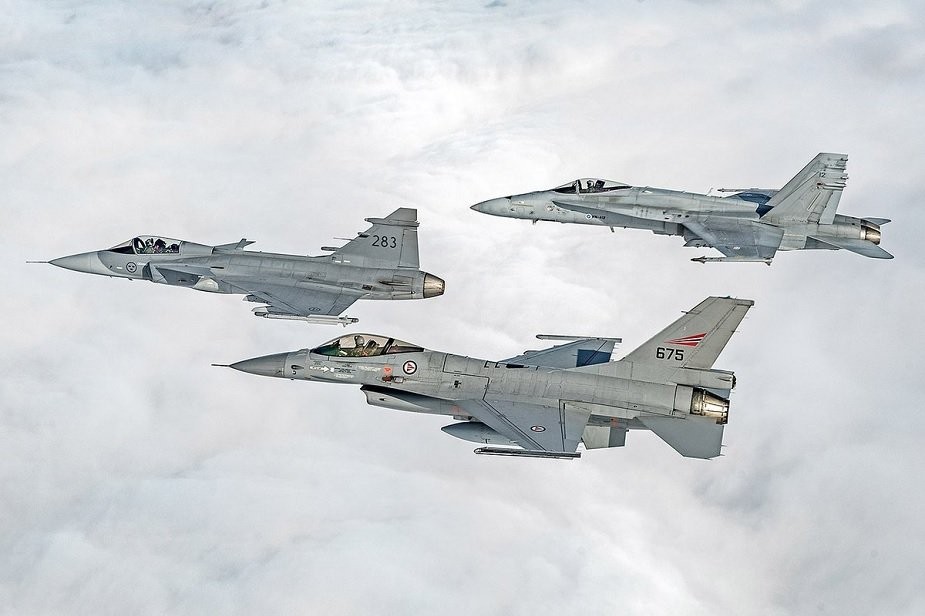 Flying out from Rovaniemi Air Base, the Norwegian, Finnish and Swedish pilots will conduct combat training with a variety of different fighter types.
Read in Russian | Читать по-русски
By

With flights from August 30 to September 3, the Nordic fighter jets will work together in the skies over Lapland, Finland’s northernmost region.

“During the exercise, the fighters will deploy flares, which may be seen as momentary bright spots of light in the sky,” the Finnish Air Forces informs.

Simultaneously as the Nordic exercise is happening from Rovaniemi will Norway’s new F-35 fighter jets from September 1 for the first time drill Quick Reaction Alert (QRA) from Evenes airport in northern Norway.

Named Falcon Deploy, the exercise that includes eight F-35 jets will go on for a two-weeks period, the Norwegian Air Force informs. From January 1 next year, a pair of F-35 will be permanently deployed for QRA-missions at Evenes airport. The fighter jets are scrambled when Russian military planes are flying near Norwegian areas of interest in the north.

Located north of the Arctic Circle, Evenes is also the airport where Norway’s new fleet of P-8A Poseidon maritime patrol aircraft will be based.