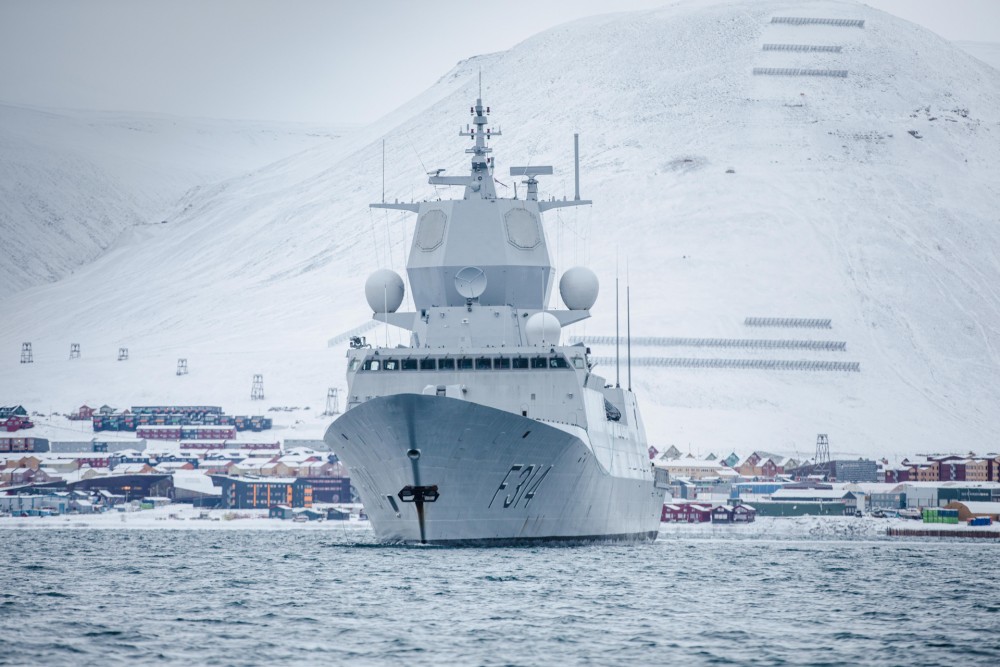 Ensuring Norwegian sovereignty in territorial waters around the Arctic archipelago is the purpose of the high-profile navy voyage.
Read in Russian | Читать по-русски
By

On October 23, the frigate came to Longyearbyen as part of a voyage in the waters around Spitsbergen, the largest island of the Svalbard archipelago.

The Svalbard Treaty does not put a ban on Norwegian military presence at Svalbard, but limits the use of the archipelago for possible war purposes.

During the Cold War, Svalbard was mainly visited by Coast Guard vessels as Norway didn’t want to provoke the Soviet Union with sailing heavily armed warships in the area. In recent years, however, a frigate use to sail to Longyearbyen annually to underline the sovereignty in times of more international tensions also effecting the high north.

The “KNM Thor Heyerdahl” is the newest of four frigates of the Fridtjof Nansen class, the main combatant units of the Norwegian Navy.

“We don’t only have a right, but also a duty to safeguard sovereignty in the territorial waters of Spitsbergen, Hopen and Bear Island,” the Norwegian Navy says in a press release. The three islands are in the part of the archipelago that for the most have ice-free waters.

Last year, Norway’s celebration of the 100-year anniversary of the Svalbard Treaty was accompanied by mounting Russian government pressure and a wave of repulsive coverage in Russian media.

This August, the Russian Northern Fleet’s anti-submarine destroyer “Severomorsk” and other navy ships made a surprise change of direction on an Arctic voyage and sailed the west coast of Spitsbergen. The Russian warships were in international waters and continued north in the Greenland Sea until about the inlet to Isfjorden before turning south towards the east coast of Iceland.