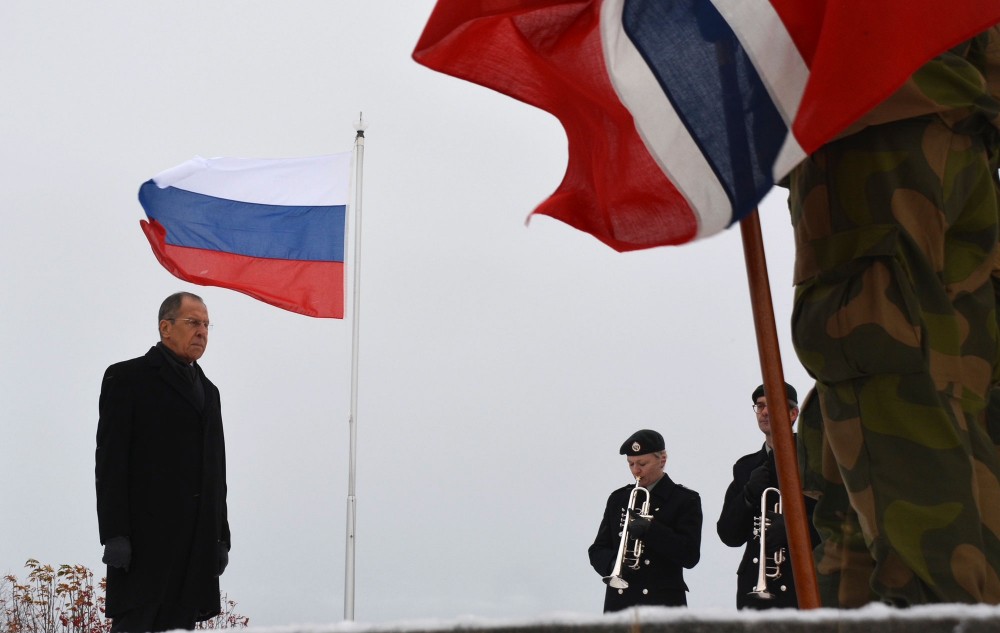 “We have mutual respect,” Lavrov underlined in the short press conference that followed today’s bilateral talks in Tromsø, northern Norway. The Russian minister highlighted that the two countries have a ‘shared history’ and expressed gratitude over the way Norway honors memorial sites from the Second World War.

And there is a positive cross-border cooperation between the countries, he argued.

“We have this mutual respect which is being substantiated by this cross-border links between our peoples who live just next door to each other,” Lavrov told the journalists and referred to a local visa-free arrangement in the countries’ border area.

But it was NATO that was the key issue of the Russian foreign minister.

“On the other hand, Norway is member of NATO and NATO is not a friend of Russia,” he underlined and added that Nato now is “looking for the meaning of its future existence” and that it wants to be “responsible for security all over the world.”

That notwithstanding, Lavrov wants a closer security cooperation with the Norwegians.

According to Lavrov, the possibility for “continued consultations between our ministries of defense” was on the bilateral meeting agenda

According to Lavrov, the Norwegians are a “very pragmatic people.” He also invited his Norwegian counterpart to Russia.

Norway’s new Foreign Minister Anniken Huitfeldt did not get many words in the short press brief.

“We have had good an open discussion about issues that we both agree and disagree about , she said and added that “we look forward to the time when we can reopen the border and again meet in person, which is important for both Russia and Norway.”

The meeting in Tromsø is Huitfeldt’s first meeting with Russia’s Lavrov since she was appointed Foreign Minister this month.

The press conference between the two foreign ministers is available on the websites of several media, including Ruptly.

The bilateral meeting between Huitfeldt and Lavrov comes ahead of Tuesday’s bi-annual summit in the Barents Euro-Arctic Council. That meeting will be attended also by Finland’s Pekka Haavisto. But not by Foreign Minister Ann Linde from Sweden.

Instead of going to Tromsø, Linde will host a seminar on “Security Challenges in the Baltic Region” in Stockholm. The seminar will be attended by members of the North Atlantic Council, the principal political decision-making body within NATO.