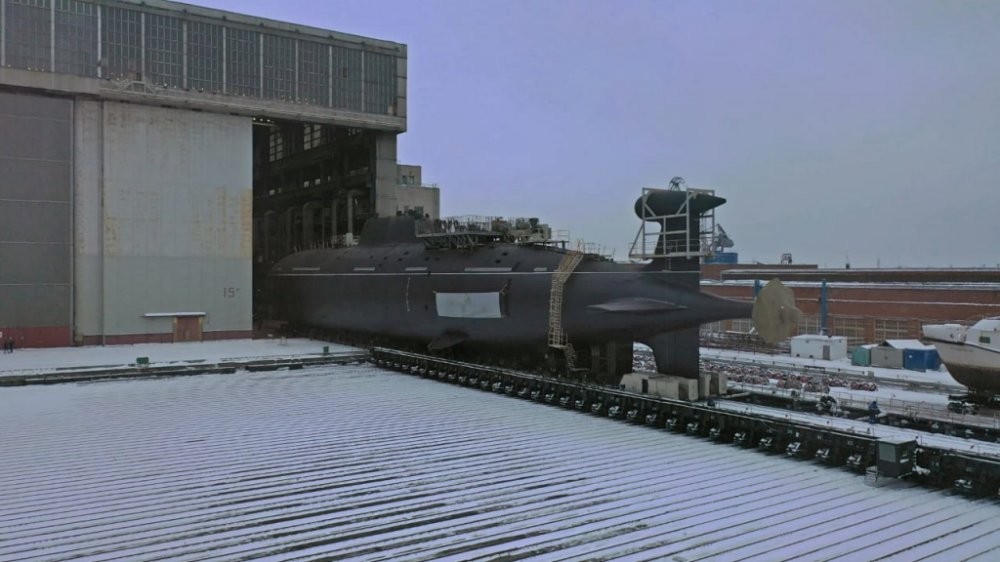 In December 2020, the "Leopard" (K-328) was taken out of the hall at the yard in Severodvinsk. Photo: Zvezdochka

The 30-years old Akula-class submarine is likely to carry the Kalibr cruise missile when reentering the Northern Fleet.
Read in Russian | Читать по-русски
By

The nuclear-powered “Leopard” has been in the docks of Zvezdochka ship repair yard in Severodvinsk since 2011.

After several delays, the vessel is now set for test-sailings in 2022, general director of the yard, Sergey Marichev, says to state-affiliated news agency TASS.

“Leopard” (K-328) is a 3rd generation Russian attack submarine that has undergone repair and modernization, like most of the other vessels of the class.

Additional to torpedoes, the “Leopard” will carry the navy version of the Kalibr, a cruise missile with a range up to 2,500 km.

Last year, the first upgraded Akula-class, the “Vepr” (K-157) returned to the Northern Fleet. A total of five submarines of the class are to be upgraded. In addition to “Vepr” and “Leopard” that includes the “Bratsk”, “Volk” and “Samara”.

The five submarines could stay in operation for another 25 to 30 years, the Barents Observer has previously reported.