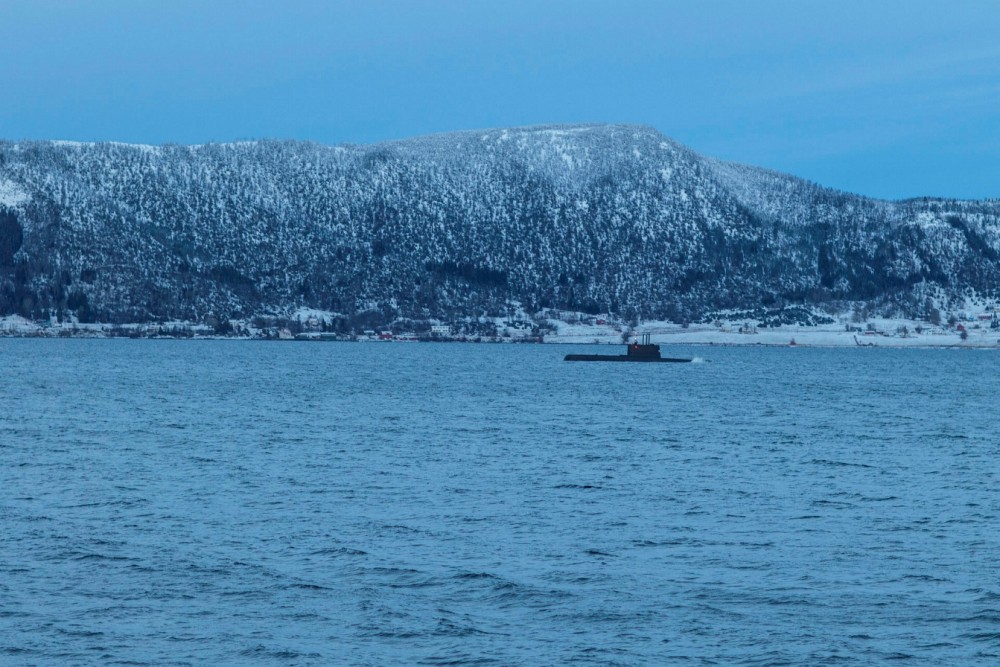 The "KNM Utvær" had to be towed to safety and repair works are now made at open sea.
Read in Russian | Читать по-русски
By

It was the search and rescue vessel Odin that had to assist the more than 20 year old submarine to safe waters after it got a technical problem.

The incident took place on Thursday afternoon in the far northern Porsanger Fjord.

“There is no drama in this,” says Lt. Col. Ivar Moen, spokesman for the Norwegian Armed Forces’ operational headquarters told iFinnmark.

“It is one of our six submarines that got some technical challenges just after 5 pm this afternoon, [and] that is the reason that it is being towed by the [search and rescue] vessel,” he explained.

Ship traffic data show that the submarine is located in the fjord along with a tug. Also coast guard ship Bison has been involved in the operation.

There is increasingly bad weather in the area. Snowfall and winds up 25 m/s are on their way, the Norwegian meteorological service informs.

Technical experts are now on site to solve the problem.

There are very rarely technical problems with the submarines, the Norwegian Armed Forces inform. The military representatives do not want to specify the character of the problem.

There are 20 sailors on board. All of them are safe and well, Ivar Moen underlines.

It is not known whether the vessel was in a submerged position when the problems appeared.

Norway has a fleet of six submarines, of which one always patrols in the far north. The subs, all of them of the Ula-class, are to replaced and decommissioned between mid-2020 to 2030.

A fleet of new German-made subs are coming to their replacement. The U212CD class will be delivered to the Norwegian Navy from 2029 at a cost of more than €1 billion per vessel.

“The submarine capability will be essential in securing our northern flank, as well as NATO’s,” former Defense Minister Frank Bakke-Jensen said.