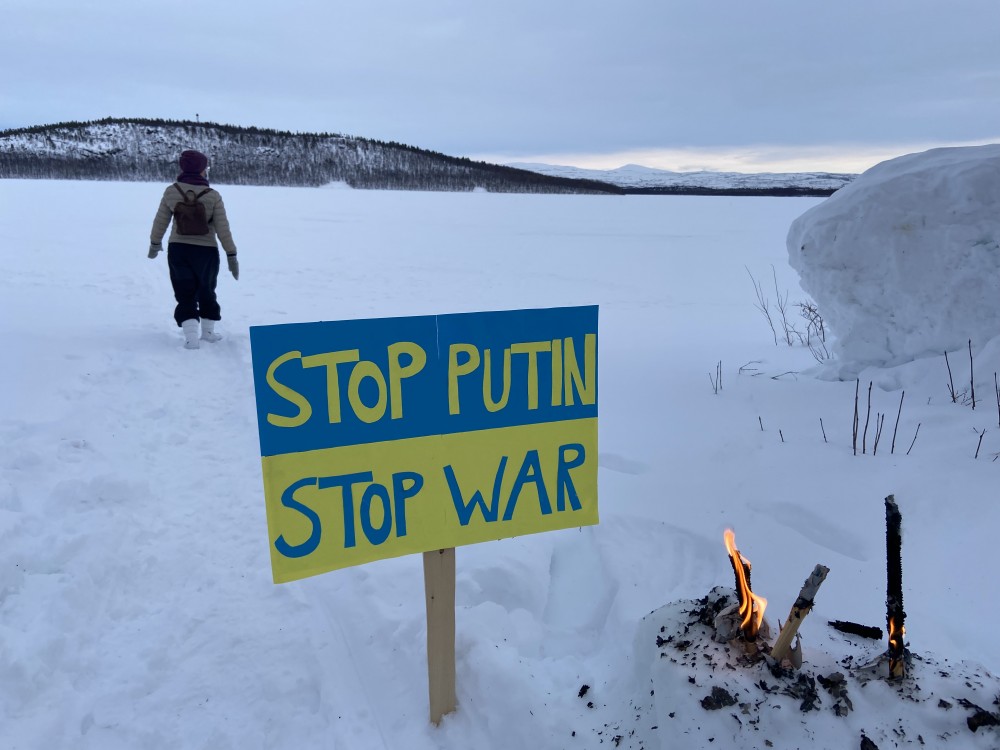 "Stop Putin, Stop War" on the banks of the frozen Pasvik River with Russia on the other side. The Kola Peninsula is home to both ballistic missile submarines and several storage facilities for nuclear warheads. Photo: Thomas Nilsen

Dramatic escalation of the conflict on Sunday as President Vladimir Putin tells his defense minister Sergei Shoigu and chief of general staff Valeri Gerasimov to put the strategic nuclear weapons to "a special mode of combat duty."
Read in Russian | Читать по-русски
By

“Senior officials of leading NATO countries also allow aggressive statements against our country. Therefore I order the minister of defense and the chief of the general staff to transfer the deterrence forces of the Russian army to a special mode of combat duty,” the president said in a TV speech.

The statement comes as Russian conventional forces are meeting strong resistance from Ukrainian military forces after Putin launched a full-scale invasion of the country on February 24. Europe and the United States have over the last few days imposed a series of sanctions on Russia.

The Kola Peninsula, near Russia’s border to Norway, is home to both ballistic missile submarines and facilities for storing nuclear warheads.

Gadzhiyevo, a naval base north of Murmansk and about 100 kilometers east of the border, is home to the fleet of five Delta-IV submarines that have been in service for the last 35-40 years. Each submarine in the class can carry 16 ballistic missiles. Last week, the Delta-IV class “Karelia” launched a Sineva missile as part of a larger nuclear weapons exercise.

Two of the newer Borei class submarines, the “Yury Dolgorukiy” and “Knyaz Vladimir”, are also based in Gadzhiyevo. This is the 4th generation nuclear-powered strategic subs, each holding 16 modern Buleva missiles.

When on duty, these submarines sail patrols in the eastern Barents Sea and under the Arctic ice cap.

It is not detailed how Putin’s order to put the strategic missile forces on alert will impact the submarine forces. Sending more subs on patrol, or have the crew on subs at port ready to sail on short notice, could happen.

As reported in several articles by the Barents Observer, there are a few storage facilities for naval nuclear warheads on the Kola Peninsula, including at Gadzhiyevo, at Zaozersk, and two facilities near Severomorsk, the Northern Fleet’s headquarters.

One of Russia’s larger central storages for nuclear warheads is located at Bolshoye Ramozero, near Olenegorsk, an hour or two drive south of Murmansk. 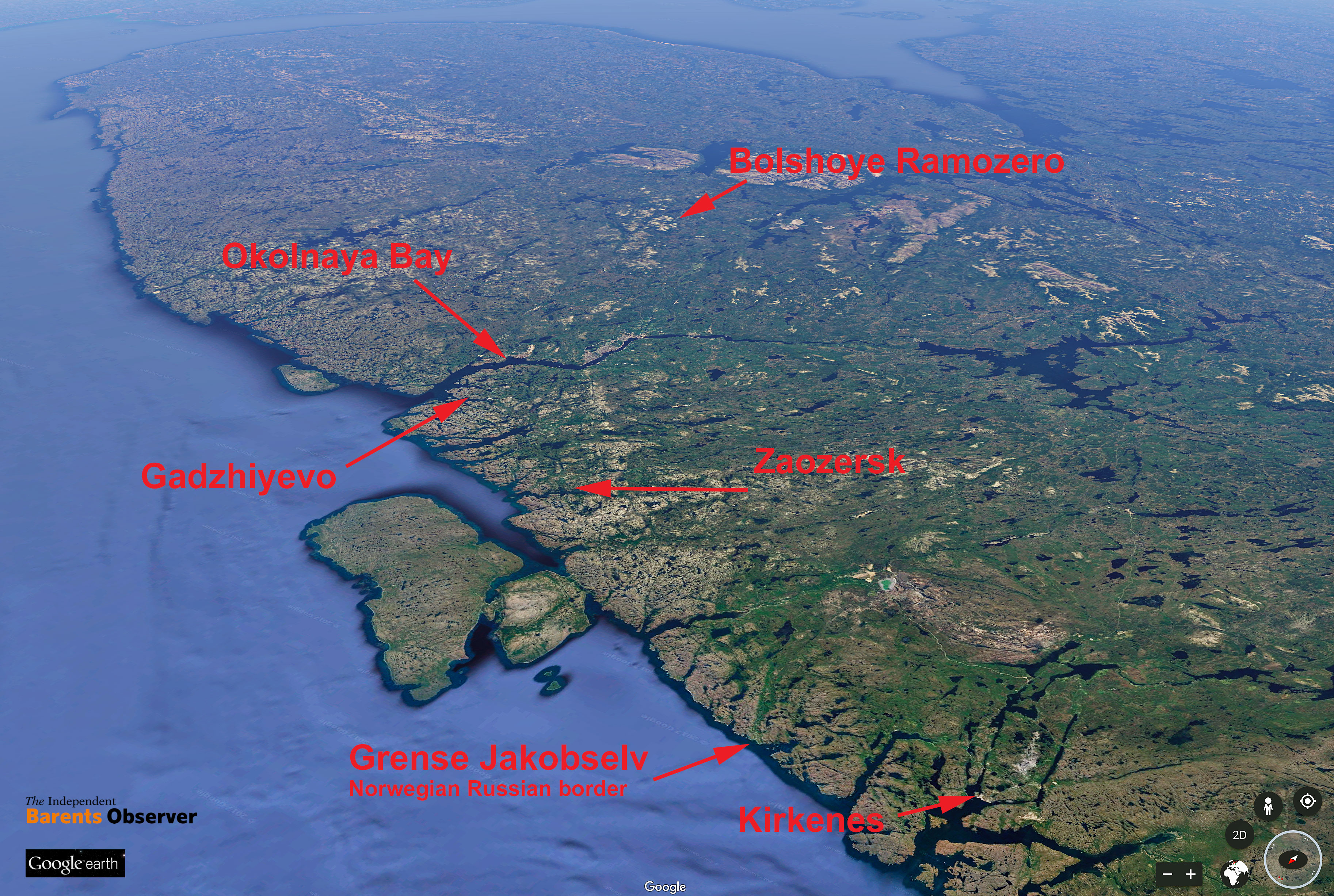 When the President orders «alert mode», more missiles could be armed with warheads, or warheads could be moved from storage to the facilities at the naval bases where they are mounted to the missiles.

“Western countries are not only taking unfriendly actions against our country in the economic sphere, but top officials from leading NATO members made aggressive statements regarding our country,” Putin said as he talked up the nuclear threat.

“This is dangerous rhetoric. This is behavior which is irresponsible,” NATO Secretary-General Jens Stoltenberg said on CNN.

“If you combine this rhetoric with what they are doing on the ground in Ukraine, waging war against the independent sovereign nation, conducting full-fledge invasion of Ukraine, this adds to the seriousness of the situation,” Stoltenberg said.