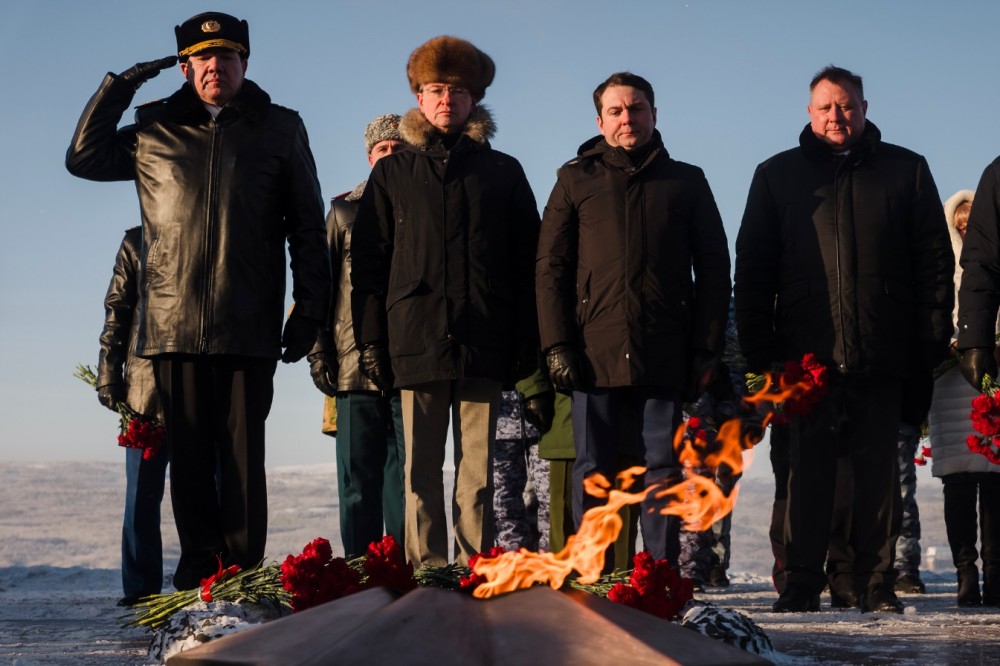 Vladimir Medinsky (central left) on the 23rd of February marked the Day of the Defenders of the Fatherland in Murmansk with Governor Andrei Chibis (central right) and Northern Fleet Head Commander Aleksandr Moiseev (left). Photo: Gov-murman.ru

Vladimir Medinsky has by critics been compared to a 'propaganda minister of the Third Reich.' On the day before Russia's massive attack on Ukraine, he visited the far northern city of Murmansk.
Read in Russian | Читать по-русски
By

“Medinsky has certain management qualities, he has extensive expertise and is a high-level representative,” Russian Presidential Spokesman Dmitry Peskov says to TASS about the man who is leading Russia’s delegation at the talks on the Belarus-Ukraine border.

Medinsky is by many seen as an ultraconservative hardliner with an extreme nationalist worldview. He was serving as minister of culture in the period 2008-2020 and is today one of Putin’s special advisers. He is also head of the Russian Military-Historical Society.

He is seen as one of the architects of the Kremlin’s current propaganda machinery, and journalist Andrei Piontkovsky in a newspaper article in 2012 compared him with a ‘propaganda minister of the Third Reich.’

Few days ahead of the invasion he published a lengthy article where he praises Russia’s history as an empire and highlights its continued aspirations.

On the day before the incursion into Ukraine, Medinsky visited Murmansk where he met with regional Governor Andrei Chibis. The visit came in connection with the Day of the Protectors of the Fatherland and the presidential adviser laid down flowers at the war memorial.

In an address delivered on site, Medinsky said that “unfortunately, it is difficult to find a country that to such a big extent wants peace […].”

“But currently, the only guarantee for peace in our country is a high level of defensive capacities,” ha added.

It is not the first time that Medinsky visits Murmansk. In 2019 he paid a visit to several of the region’s 2WW memorial sites.

Murmansk Governor has expressed full support for the Kremlin’s aggression against Ukraine. In a statement made after the recognition of the so-called Luhansk and Donetsk People’s Republics Chibis said that “I fully support the decision of the President […]”

“We have never left behind in misery our brotherly nations and their people, never failed to take action when there is a threat to their lives,” he underlined.

The talks between Medinsky and representatives of President Vladimir Zelensky’s government took place on the border between Belarus and Ukraine on the 28th of February.