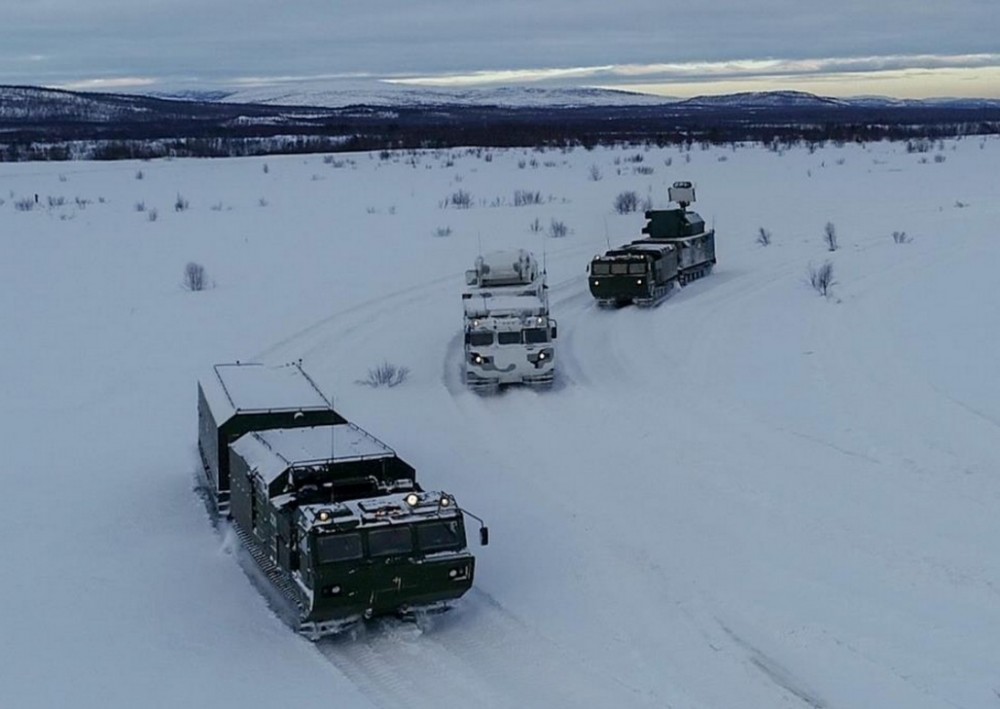 The Tor-M2DT training in the Pechenga Valley. Photo: mil.ru

Five powerful belt wagons equipped with the Tor-M2DT system this week plowed the snow-covered stretches of Pechenga.
Read in Russian | Читать по-русски
By

The 200th Motorized Rifle Brigade might have sent a big number of tanks and armoured vehicles to areas near Ukraine. But there is plenty of hardware left in the Russian border areas to Norway and Finland.

This week, the brigade located in the Pechenga Valley took its new cruise missile division out on display. Five vehicles with the Tor-M2DT missile-to-air system took part in an exercise that involved navigation through the Arctic terrain and setup of the system to combat position, the Northern Fleet informs.

The training probably took place near Korzunovo, the military settlement located about 20 km from the border to Norway.

The Tor-M2DT is a new mobile system that is placed on powerful DT-30PM all-terrain belt vehicles and can operate in temperatures down to minus 50. The system was officially handed over the units in the Pechenga in late 2019.

The Tor-M2DT has a range of up to 16 km and is designed to target all kind of flying objects, including drones and enemy missiles.

The system was first put on public display during the 2017 9th May military parade in Moscow.

The Tor-M2DT is a variant of the Tor system (SA-15 «Gauntlet») that first was introduced in the late 1980s. It is reportedly capable of detecting over 40 air targets, and track and engage up to four of them simultaneously at a range of up to 12 km and altitudes up to 10 km with its 16 missiles even on the move.