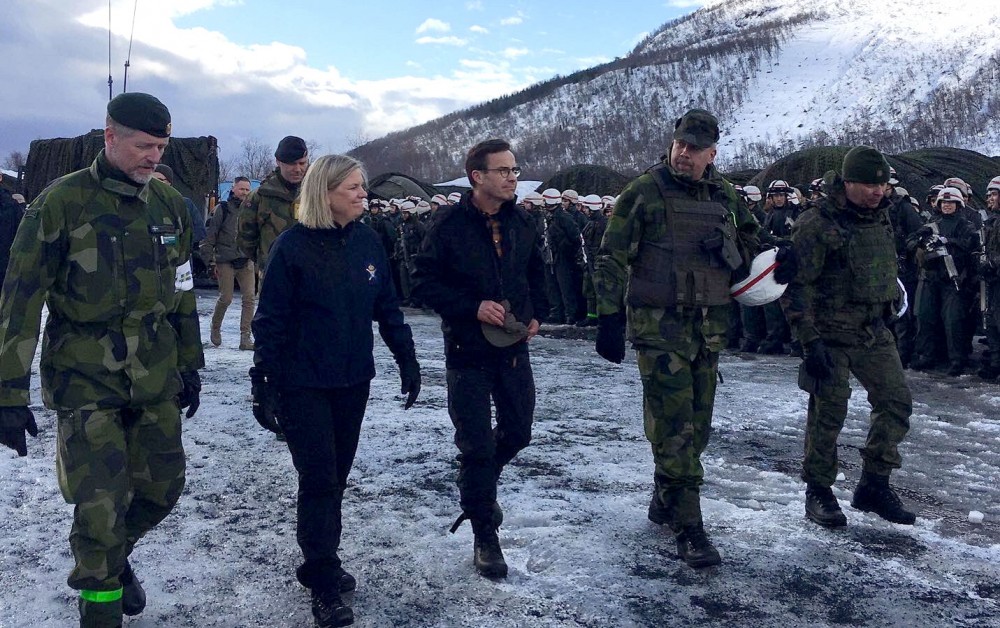 Membership in the defence alliance has never been closer as the two Nordic countries send major contributions to the exercise.
Read in Russian | Читать по-русски
By

Trucks packed with military hardware could this weekend be seen in big numbers on the roads that connect northern Sweden and Finland with neighbouring Norway. Several of them carried tanks and heavy armoured vehicles.

Sweden and Finland have participated in the bi-annual Cold Response for more than 15 years. But this year is different.

There is war on the European continent and the two neutral countries are increasingly at odds over how to address their national security.

The Swedish Armed Forces are represented in the Cold Response with about 1,600 troops, while the Finnish contribution is a continent of about 700 soldiers. Together, they will form a joint brigade that will engage in training primarily in the Troms region, says lieutenant colonel Erik Preutz.

The exercise includes a total of about 35,000 troops from 27 countries and the training area stretches from the Finnmark region in the north to Narvik in the south.

Sweden is also contributing with a group of JAS 39 Gripen fighter jets from the F 21 Norrbotten Wing in Luleå, Preutz says in a comment. He is chief commander of the participating Swedish forces.

The Finnish forces comes from the Kainuu Brigade, the Jager Brigade, Pori Brigade, as well as from C5 Agency and the Logistical Command.

Russia’s aggression against Ukraine is bringing both Sweden and Finland closer to the alliance, and a quickly growing part of the two countries’ populations now support membership.

A recent poll conducted by Finnish broadcaster Yle shows that as much as 62 percent of respondents support membership. In similar poll conducted in 2017, just 21 percent said they would back a move to join NATO.

In Sweden, a poll conducted in early March showed that 51 percent of respondents want the country to join the Alliance. It is reportedly the first time that a majority of the population favour membership, newspaper Aftonbladet reported.

Swedish Prime Minister Magdalena Andersson on the 21st of March paid a visit to the Swedish and Finnish troops. She was accompanied by Ulf Kristersson, leader of the conservative party Moderaterna.

“We can disagree on many issues, but we both fight for the security of Sweden,” the Prime Minister told the press on site.

“We are very united when it comes to awful developments in our surrounding world,” Kristersson added in a comment.

The opposition leader has long been clear that Sweden should join the defence alliance.

“The Conservative Party wants Sweden to become a full member of NATO as soon as possible [and] a government led by the party is prepared to submit an application immediately after the elections if there is majority for it in Parliament,” he underlines in a comment on the party website.