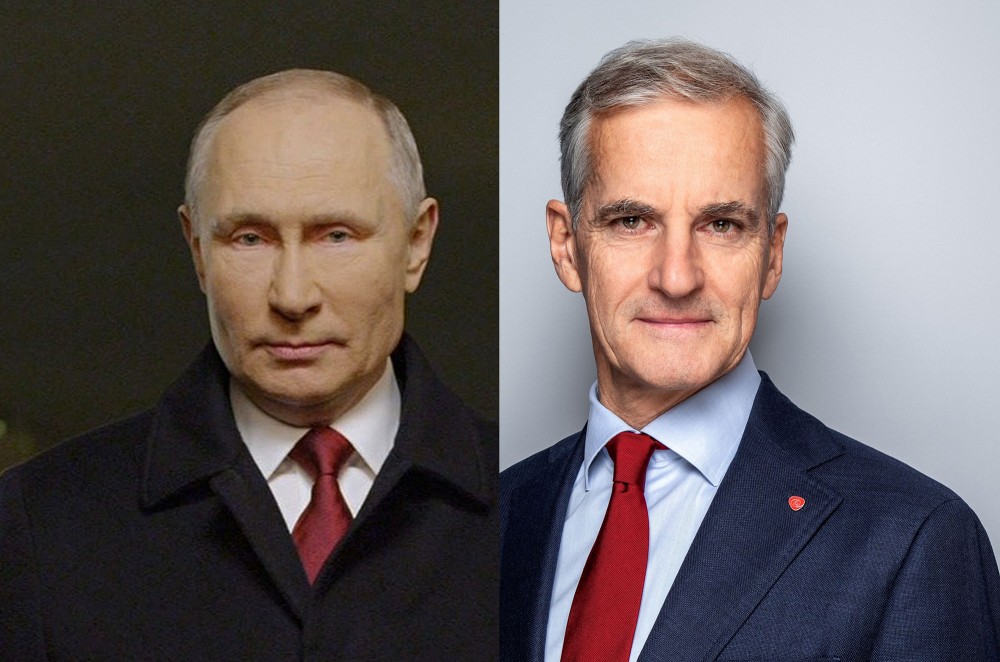 "As neighboring country we have a special responsibility to speak up," says Jonas Gahr Støre.
Read in Russian | Читать по-русски
By

“Our main message was that Russia must end the war,” the Norwegian PM told journalists shortly after he had spent one hour on the phone with Russian President Vladimir Putin.

Støre had consulted with allied leaders in the Nordic region, Europe and the USA, and the Kremlin was approached by the Norwegian side already last week. A response followed from Moscow on Thursday at 11 am, Prime Minister Støre said in a press conference today. The talk took place almost immediately after the confirmation from the Kremlin.

“Russia’s invasion of Ukraine is a brutal attack on a free country and an innocent people is now subjected to unbelievable suffering,” Støre said after the talk. He especially addressed the situation in Mariupol with the Russian leader.

“I insistently requested the president to end the war action in Ukraine, pull the Russian forces back and provide humanitarian access,” he adds.

The telephone call comes a day after Ukrainian President Volodymyr Zelensky addressed the Norwegian Parliament. In his speech, the Ukrainian leader warned Norway about Russian militarization in the Arctic.

“They have developed such a big army force up there [in the Arctic] that can not be explained by any common sense,” he said, and asked “Against whom is it? And why are they doing this?”

According to Jonas Gahr, the North was not discussed during the call with Putin. But he says that he “reminded Putin about the long history of good neighborly relations” between Norway and Russia and that both men agreed that an “orderly relationship in the North” must be upheld.

Putin did not raise the issue of Norwegian weapon deliveries to Ukraine, nor the major NATO exercise Cold Response that over the past weeks has taken place in northern Norway, Støre says.

According to the Prime Minister, it was an “orderly talk” where both sides expressed themselves with “strong words” and got “rough messages in return.”

Støre does not exclude that there will be addition talks.