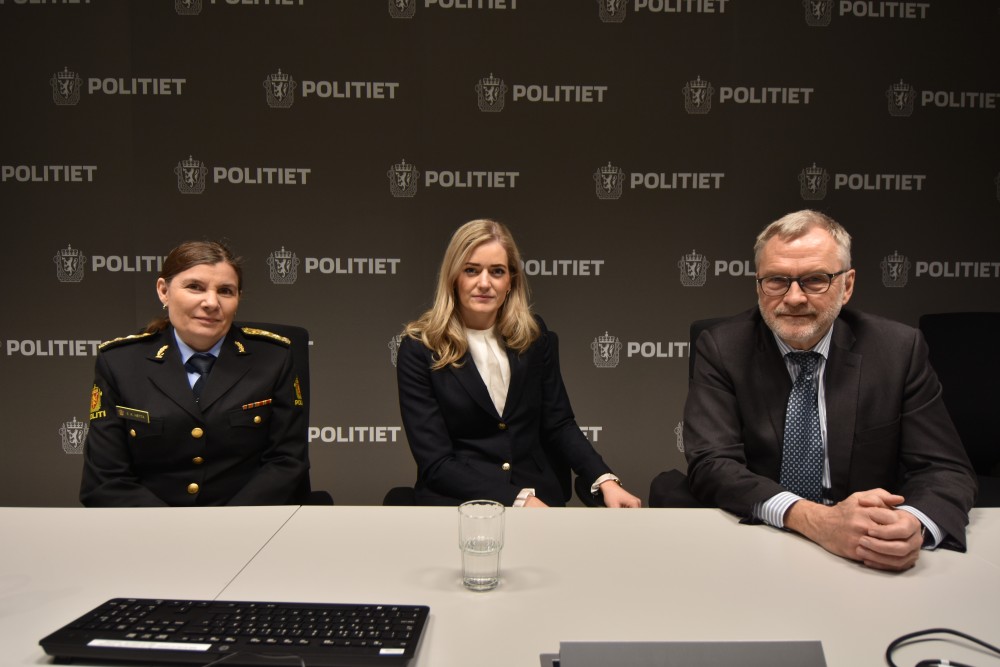 Eastern Finnmark with the border to Russia is very close-on and the new security situation is highly topical here, said Emilie Enger Mehl, Minister of Justice and Public Security, as the government chose the border town of Kirkenes when presenting an extraordinary boost in funding to the security police.
Read in Russian | Читать по-русски
By

Kirkenes on the coast of the Barents Sea is a 15 minutes drive from the border to Russia’s Kola Peninsula. The town has all since the breakup of the Soviet Union been a hub for east-west relations, both among ordinary people and for big politics. This is where Norwegian military officials meet FSB Border Guards and one of very few places where the powerful Russian navy trains search- and rescue at sea in joint exercise with the Norwegian Coast Guard and military.

“The new security situation is highly topical here,” notes Emilie Enger Mehl to the Barents Observer. She is Norway’s Minister of Justice and Public Security and presented the budget boost together with the Chief of Police Security Service (PST) and Chief Finnmark Police District.

“We propose a number of measures to secure Norway. We must prevent, detect and counterintelligence, sabotage and influence from foreign states,” Mehl said.

By foreign states, the Minister means Russia. Although it is more than half a century ago since the last spy accused of working for Russia was detained, the Police Security Service underlines the importance of preventive measures.

“We see an increased risk, given what happens in Ukraine,” said Hans Sverre Sjøvold, Chief of PST.

“This is because Norway is part of the sanctions regime, we have military exercises. Russia wants to obtain information about what happens in Norway,” Sjøvold elaborates.

The extra funding includes 57 million kroner earmarked for operative presence in northern Norway, including personnel and equipment. A dedicated unit with PST will focus on hybrid threats as well as counterintelligence in the north, Mehl said.

45 million kroner will be given to equipment aimed to collect and process information and reveal foreign state operations in Norway, the Minister adds.

In addition to the Embassy in Oslo, Russia has a Consulate General in Kirkenes and a Consulate in Barentsburg, a Russian mining settlement on Svalbard.

For Ellen Katrine Hætta is civilian presence in the border area important. “There are a lot of talks about military presence, but I really appreciate the focus the government now presents,” she said. “It means a lot for the safety of people who lives here,” Hætta notes.

The Chief of Police said disclosing hybrid operations could be a challenge.

“It can be difficult to know what is what, so having a strong and competent police which can investigate any suspicious incident, that be a cut-off cable, burglary at critical infrastructure, and other, is important.”

Hætta, though, underlined that often, a small incident could trigger rumors and fuel distrust between people. “So, for us, it is as well important to discover the facts and takedown spreading of untrue rumors,” she said.

There are many nationalities living in Kirkenes, including citizens of Russian and Ukrainian origin.

Situational awareness in the face of hybrid campaigns, including influence operations, towards the population in Finnmark region near the Russian border is of increased importance.

Such operations could be organised attempts to achieve a specific effects among a target audience.