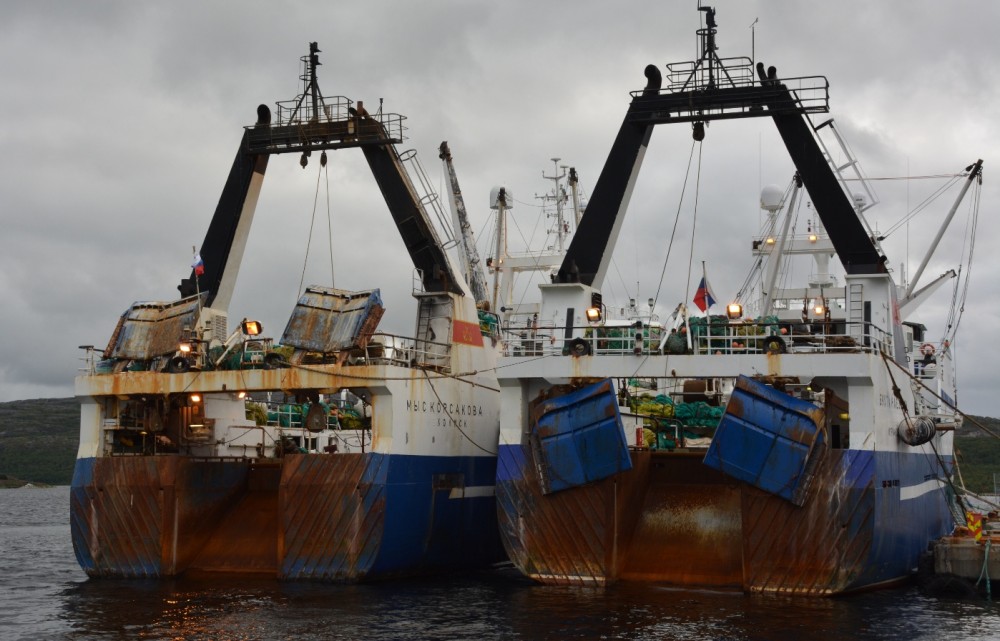 The country's revised Marine Doctrine includes a high stress on use of civilian ships and infrastructure for military purposes.
Read in Russian | Читать по-русски
By

“The revisions of the Marine Doctrine take into account changes in the geopolitical and military-strategical world situation,” Russian Deputy Prime Minister Yuri Borisov underlined in a meeting  in the government Marine Board this week.

The update of the strategic planning document comes in the wake of Russia’s war against Ukraine and its unprecedented isolation in international affairs.

According to Borisov, the Navy is now becoming even more important for Russia.

“Considering the total hybrid war of the Collective West against our country, the unprecedented sanctions and the special operation [sic] in Ukraine, the strengthening of national security is relevant as never before,” the Deputy PM said as he opened the meeting.

According to the high-ranking government official with special responsibilities for the military-industrial complex, the new and updated document “to the full extent meets current challenges and threats.”

“It is aimed not on confrontation, but on enhanced national security in the area of maritime operations [and] a significantly reduced dependency on external influence and markets in all fields of maritime activities,” he underlined, the Russian Armed Forces informs.

Among the revisions highlighted in the updated doctrine is a higher level of engagement of civilian ships in military activities.

According to the government, several “principally new aspects of the doctrine concerns mobilisation preparations and preparedness.”

“This will allow for the inclusion in the Navy of civilian ships and crews and provide functionality of maritime infrastructure in times of war.”

It is hardly a new phenomenon that civilian ships are given a role in national security preparedness, as well as military conflicts, and Russia has a long experience in applying non-military ships for military purposes.

But the new federal document clearly prepares the ground for a more systematic approach.

Potentially, Russia can choose to apply a large number of trawlers and fishing vessels for military purposes. Many of them are active in international waters, including along the Norwegian coast.

Russia can also choose to militarise its powerful nuclear-powered icebreakers, the vessels that autonomously are capably of breaking through the thickest sea-ice of the Arctic.

Ultimately, it could also designate a stronger military role to its research vessels. That could include also the brand new “Severny Polyus,” the ship that is designed for autonomous drifting in Arctic sea-ice for up to two years.

Russia’s current Marine Doctrine was adopted in 2017 and covers the period until 2030. The document highlights the need for a technological modernisation of Russian ships and development of transport corridors like the Northern Sea Route.

According to Yuri Borisov, the Russian Navy will in the course of 2022 get a total of 20 new military ships, as well as five motorboats and 21 support vessels.