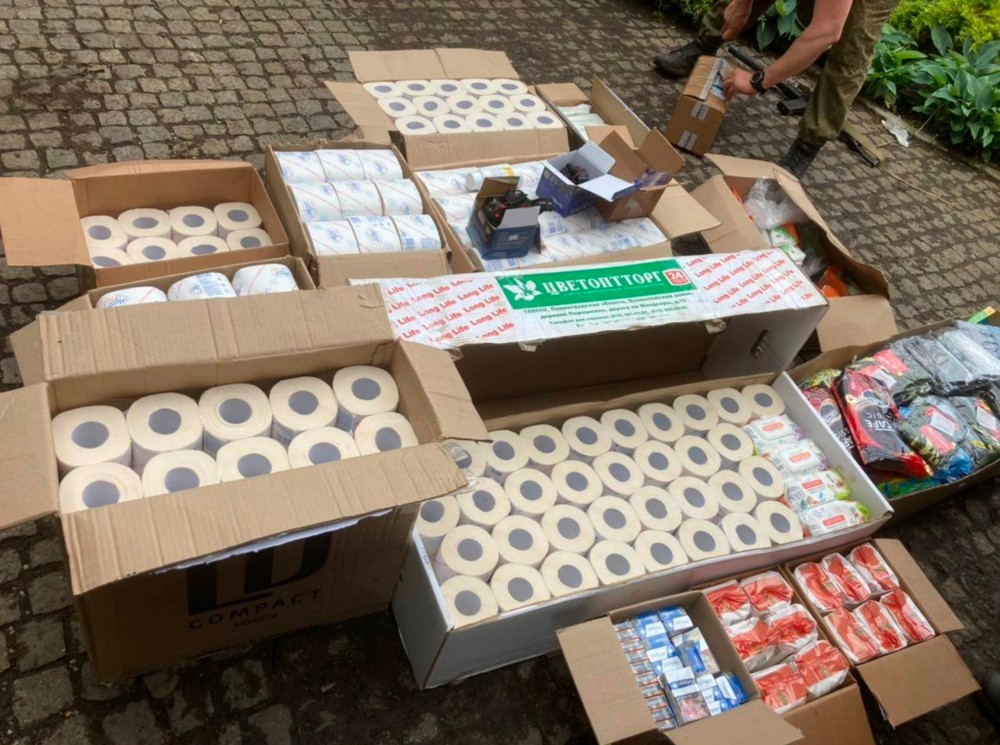 Toilet paper, cigarettes, shoes and clothes are among the key items collected and sent from Murmansk to soldiers fighting in Ukraine. Screenshot from Telegram channel "Aid to Army of Murmansk"

According to the leader of a major relief effort organised in Murmansk, the Russian soldiers fighting in Ukraine are starving and often do not have proper clothes and shoes.
Read in Russian | Читать по-русски
By

“Girls, I yesterday talked with a woman from a remote village in Belgorod Oblast. She told me about our soldiers who are miserable, without shoes, starving,” says Zhanna Ovchinnikova, the administrator of the Telegram group “Aid for the Army of Murmansk.”

The relief initiative that was started in early May quickly gained more than thousand followers. The initiative is one of many efforts of the kind across Russia. It is almost exclusively managed by women, many of them with relatives involved in the war.

Among the Russian troops that have conducted grave war crimes, engaged in looting and inflicted unprecedented harm to local societies in Ukraine are many soldiers from the far northern Kola Peninsula.

And their conditions on the battlefield are far from easy, representatives of the local aid efforts say.

Accordring to Zhanna Ovchinnikova and her colleagues, the warriors are in need of a wide range of basic goods. Lists of needed priority items are now regularly updated and published at the channel.

One of the latest lists includes foodstuffs like noodles, cookies, sugar, coffee, tea, as well as vegetables and fruits. On the list are also socks, underpants, t-shirts, camouflage jackets, uniforms and sport shoes.

“We have gotten a request from our men! They need about 30 uniforms of any kind, size 50/4 and 52/4 of summer design, and they need sneakers!,” one of the women contributing in the initiative writes in comment.

Since the relief initiative started, millions of rubles have been collected and tons of equipment assembled and delivered to occupied Ukrainian land. That includes all kinds of foodstuffs.

“I have two boxes of cucumbers and cabbage, are there anyone that can bring it from Alakurtti to the assembly point in Murmansk,” a member of the group asks.

Among the key items collected is toilet paper. And of course — cigarettes. “A package of cigarettes can save a life,” a group member argues.

But there are also other kinds of goods collected. On the lists of needs is also military equipment and tech for battle action. That includes silencers for several kinds of weapons, among them sniper rifles ASVKM, SVDS and machine gun AK-74, night vision instruments, thermal vision cameras, distance meters and more.

According to the organisers, several kinds of hardware have been assembled. In May, two sets of thermal vision cameras were acquired with collected funds, and few days later the cameras were reportedly received by warriors.

However, many fear that the collected goods do not reach their target recipients. Several group members complain that their husbands and sons have not received any aid at all.

Zhanna Ovchinnikova and the group administration underlines that the collected funds and goods are used in line with the purpose. They accuse critics of collaborating with the Ukrainians.

“Provocateurs will be removed from the group,” they write. “Are someone provoking the group administrators to reveal names and places [of the recipients]? Has someone from the ENEMY infiltrated us!??” they add.

A big number of troops from the Murmansk region are participating in the war. Losses have been dramatic. Already in the first days of the onslaught, several hundred men are believed to have lost their lives as the 200th Motorised Rifle Brigade from Pechenga was confronted by Ukrainian troops outside outside Kharkiv.

There are significant numbers of fighting troops also from several more units in the region, among them the 61st Navel Infantry Brigade in Sputnik and the 80th Arctic Motorised Rifle Brigade in Alakurtti.