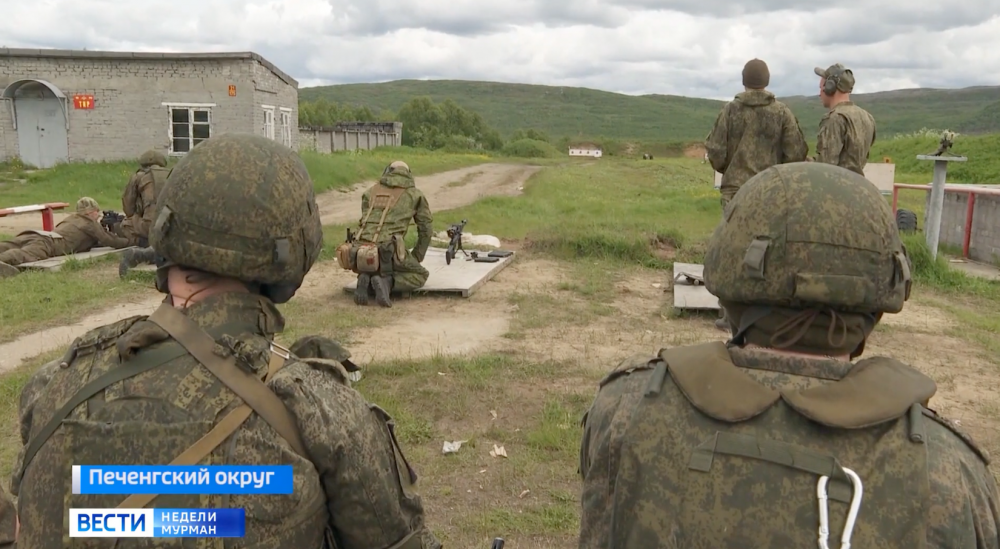 The soldiers are now practicing tactical warfare at a training ground near the military village 19 km. Soon, they will all be on the battlefields in Ukraine. Screenshot from Vesti / GTRK Murman

More than four months of war and thousands are killed. Every week, new Russian soldiers are sent to the front. Some have very little combat training. Now, the 200th Motorized Rifle Brigade, one of the two Russian Arctic warfare brigades, has recruited more men with very mixed military experiences.

A reportage in News of the Week by GTRK Murman, the regional branch of the state-owned broadcaster Rossiya, shows soldiers on the training fields in the Pechenga valley on the Kola Peninsula as they prepare to deploy to Ukraine.

Signing short-term contracts with the Armed Forces, the new soldiers can get salaries several times higher than people with an average job or other services in the military. We are fighting for the motherland, one of the soldiers told the TV journalist.

The video report shows the volunteers practicing at the shooting range, some with adequate protection gear, others without.

On social media, there are mixed feelings about the TV report from Pechenga. One asks why the hell such crap detachments of hodgepodge volunteers are sent [to Ukraine] as long as Russia has an army of 900,000. Others are wishing the soldiers good luck on the battlefields.

Since early March, the Defense Ministry has been posting thousands of job openings at different employment search sites, BBC’s Russian version recently reported. Many of the volunteers are people over the age of 45. For many, the contract is a one-way ticket.

Several battalion groups with the 200th Motorized Rifle Brigade fought in the early stages of the Ukraine war, notably with big losses.

Only a few names of dead soldiers are officially confirmed, but previous reports from early March could tell how Ukrainian forces attacked a battalion group of the 200th Motorized Rifle Brigade shortly after it crossed the border near Kharkiv.

“Of the 648 servicemen who were sent, 645 died. Only three remained, two of them wounded,” an adviser to President Volodymyr Zelenskyy said in a briefing after the fight. Other reports have also told about big losses among the Russian soldiers sent to the war from the brigades in the north.

The Barents Observer had no further possibility to confirm or disprove any of the information provided by officials from the two sides, Russia and Ukraine.

A lonely politician from the Russian North speaks up against war