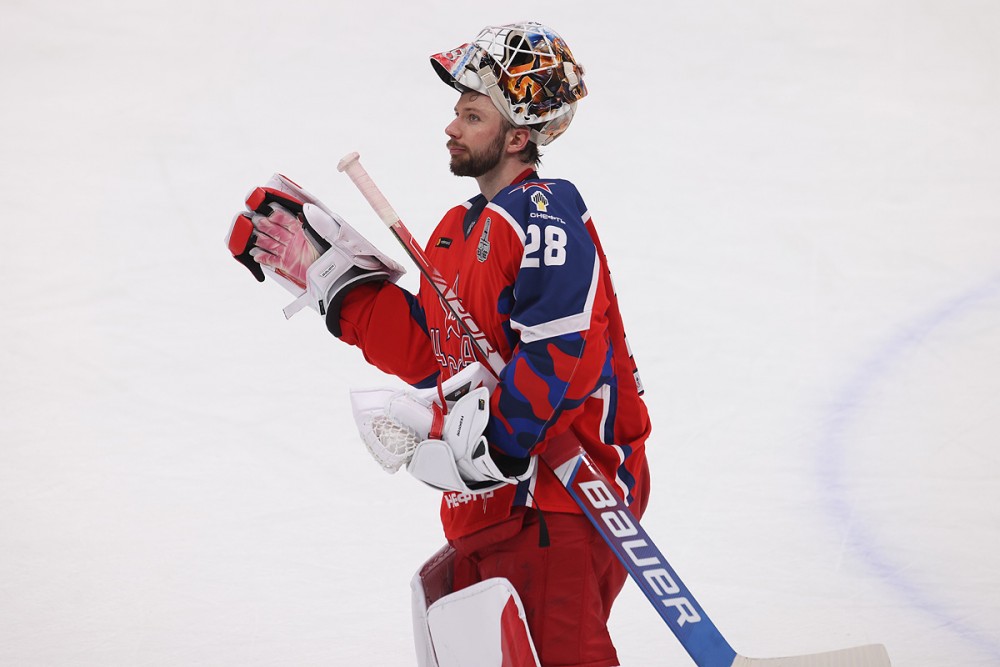 Ivan Fedotov has over the past two years played for CSKA, the club dubbed the "Red Army Team." He now faces army duties in a remote military unit. Photo: CSKA

25 year old sportsman Ivan Fedotov was born in Finland and has a Finnish passport, but that did not prevent the Russian Military Commissariat from detaining him and sending him towards a garrison in the Russian North.
Read in Russian | Читать по-русски
By

Ivan Fedotov is used to battling on the ice, but the top athlete now faces quite another fight.

Representatives of the Military Commissariat on Friday detained Fedotov as he was about to leave the ice stadion in St.Petersburg. The hockey player that for the past two years has been part of the CSKA Moscow team was subsequently sent to a local military recruitment center and shortly later to the north Russian town of Severodvinsk.

He is believed to end up in Novaya Zemlya, the heavily militarized archipelago in the far north, newspaper Fontanka reports.

Fedotov has reportedly for some time been wanted by Russian military authorities and is suspected of draft evasion.

According to Fontanka, the ice hockey player fell ill following his detention in St.Petersburg and was shortly hospitalized. When a lawyer met him on Saturday, his condition was “not very good.”

“He was in a kind of half-sleeping condition,” the lawyer said. “They had reportedly made some injections, but unknown which,” he told the newspaper.

The more than two meter tall ice hockey player was born in Lappeenranta, the Finnish town near the border to Russia. He has a Finnish mother and grew up in Finland. However, his double citizenship did not rescue him from Russian conscription.

Fedotov is not the first person forced into conscription in Novaya Zemlya. In early 2020, the Military Commissariat detained activist Ruslan Shaveddinov in downtown Moscow and put him on a plane north towards Severodvinsk and subsequently Novaya Zemlya.

Shaveddinov served under harsh conditions at a place called Chirakina, about 300 km north of Rogachevo, the main town on the archipelago.

“The number of the unit was 26984, and there is no running water, nor electricity,” Shaveddinov elaborated after his 12 month service. “Water is taken from local streams or from snow melting, and power comes from an old tractor generator. On site are both officers and conscripts and they all live in a “box”, which is freezing cold in winter and that has a leaking roof,” he said.

“Once every second month comes a helicopter with a sack of flour and supplies,” he added.

In Soviet times, it was not uncommon that “disloyal” young men were sent to the remote archipelago to serve in local military-construction brigades.

Among the new “disloyal” will now be one of Russia’s top athletes.

Ivan Fyodotov’s contract with CSKA expired in June, and he was believed to sign a new contract with a NHL club. The CSKA is an abbreviation of Central Sports Club of the Army and is often referred to as the  “Red Army Team” for its close connections with the Soviet Armed Forces. The connection with the military remains to this day.

Fyodotov has played several matches for the Russian National Team and participated in the 2022 Olympics in Beijing.

Possibly, the forced conscription of Fyodotov could set a precedence and prevent more Russian athletes from leaving Russia to play for foreign clubs.