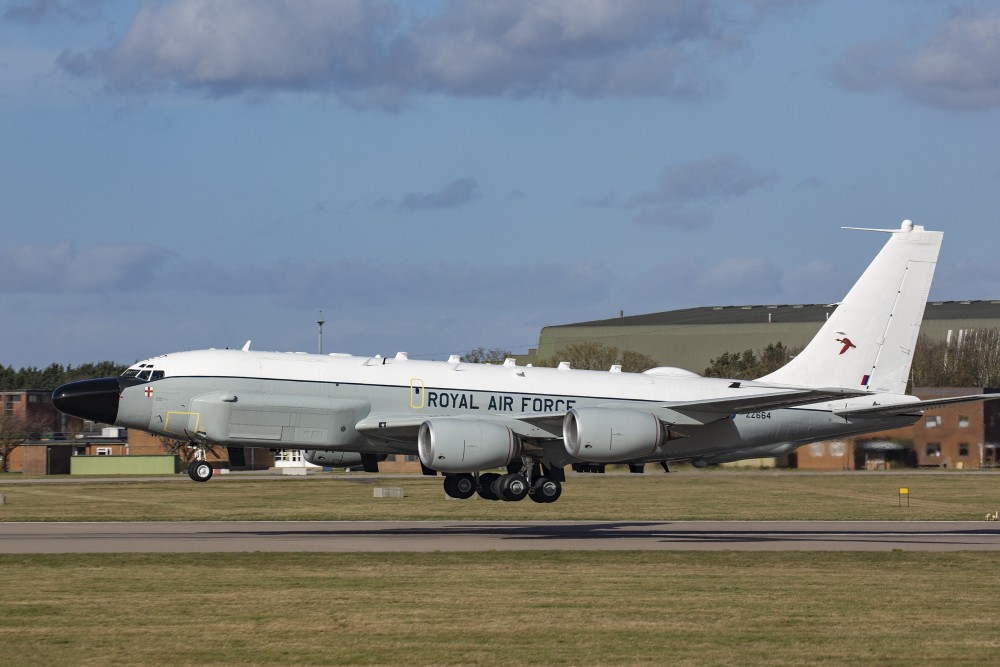 UK denies violation of Russian airspace over the Barents Sea

“The UK aircraft was in communication with Russian civilian air traffic control and its crew operated in a safe and professional manner,” a Ministry of Defense spokesperson told media in London.
Read in Russian | Читать по-русски
By

It was Monday the aircraft, a RC-135 Rivet Joint, flew north to collect electronic data and communication over the easter parts of the Barents Sea where Russia’s powerful Northern Fleet this week conducts a larger naval exercise.

The plane flew a well-known route, similar to what UK and US reconnaissance aircraft of the same type use to fly just outside the Kola Peninsula. Russian military officials, however, claimed that the aircraft this time entered the country’s sovereign airspace.

“The aircraft violated the state border of the Russian Federation in the area of Cape Svyatoy Nos,” the statement from the Defense Ministry in Moscow said. That is just north of the nowadays closed submarine base Gremikha on the remote eastern shores of the Kola Peninsula.

Russia scrambled a MiG-31 to force the British surveillance plane out to international airspace, the statement said.

Now, London gives its version of the incident. The Ministry of Defense denied that the aircraft ever entered Russian sovereign airspace, the Daily Mail reports.

The Guardian quotes the spokesperson saying: “A Russian MiG-31 jet conducted an unsafe close pass of an RAF RC-135W Rivet Joint aircraft as it carried out a routine operation in international airspace over the Norwegian and Barents Seas on Monday 15 August.”

“The UK aircraft was in communication with Russian civilian air traffic control and its crew operated in a safe and professional manner.”

The RC-135W carries equipment to collect intelligence on Russian military installations and communications.

In the summer of 1960, the Soviet Union shut down a U.S. surveillance aircraft on mission over international airspace not far from the area where this week’s incident happened. Four of the six American crewmen were killed.