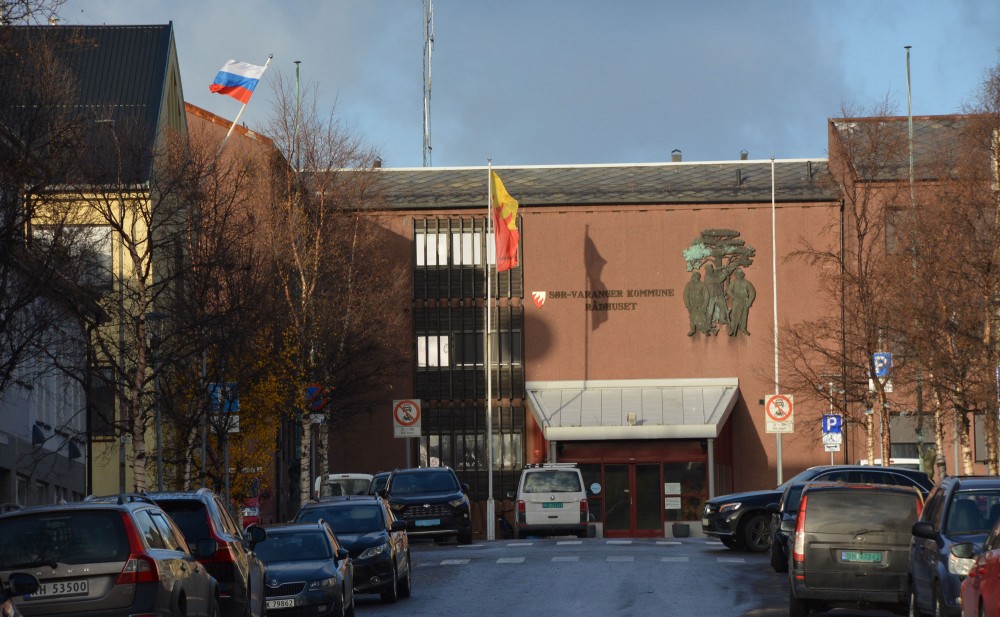 The town of Kirkenes is located only few kilometers from Russia. Photo: Atle Staalesen

Political leaders in Kirkenes criticize the local Head of Police following her call to close north Norwegian seaports for Russian fishing boats. Norway must not have an 'isolationist policy' towards Russia, they argue in a joint statement.
Read in Russian | Читать по-русски
By

“If Russian fishing boats are expelled from the ports of Kirkenes, Båtsfjord and Tromsø it will lead to hundreds of lost jobs,” a newspaper column signed by leaders of the four biggest political parties in Kirkenes reads.

“We are concerned about an isolationist policy that leads to closed borders, with no empathy for the people that live in the border areas,” they underline. The column is signed also by local and regional leaders of labour union LO, as well as the local Business Association and two leading businessmen.

Among the latter is Greger Mannsverk, Director of ship repair company Kimek, and Arve Henriksen, head of a local ship logistics company. Both men have made good money on serving the Russian fishing industry.

“The solution is not to destroy all future cooperation with Russia in the field of fisheries,” they argue. “Fish doesn’t care about borders and we are destined to live with Russia whether we like it or not,” they write.

“The border to Russia will always be there, also after the end of the war in Ukraine,” they add.

The statement comes as a response to a newspaper interview with local police leader Ellen Katrine Hætta where she warns against Russian “complex threats” and hybrid warfare against northern Norway.

“Northern Norway and Finnmark is a laboratory where Russia experiments with different kinds of tools,” Hætta says to DN.

According to the police chief, Russian fishing vessels pose a security risk and should be banned from Norwegian ports.

Since EU adopted its latest rounds of sanctions against Russia, Norway is the only country that has continued to allow Russian fishing vessels access to its seaports. In early October, the government limited the number of open ports to only three. Among them is Kirkenes.

“A united Sør-Varanger [the municipality] strongly reacts to the Police Chief’s attempts to conduct foreign policy,” the local LO office in Kirkenes writes on its Facebook page.

Town Mayor Lena Bergeng is one of the politicians that has put her signature under the statement.  She argues that the position of police chief Hætta is in conflict with the Norwegian government.

“What we react against is that the Head of Police on her own initiative speaks out against the policy of the government, including her own boss, the Minister of Justice,” the Mayor underlines.

“That is what this really is about,” she explains.

She argues that Police Chief Hætta also on previous occasions has made similar statements.

“It is nothing new that she has these kind of thoughts about Russia, she has expressed her position for quite some time,” Bergeng says. At the same time she admits that Hætta might have access to more information.

“Perhaps she knows certain things that the rest of us do not know. Well, perhaps the Russians use us as a ‘laboratory.’ But what does she want us to do? Should we go around and be dead afraid?”

The municipality of Sør-Varanger should be better informed about the situation, she argues.

“If there are issues that she knows about, and that also we should know about, and that should lead to a change of our behavior, then we must get to know about it. So far, we know no more than what is written in the newspapers.”

The Mayor does not exclude that Labor Party colleagues from other parts of the country might oppose her views. But Kirkenes is different from the rest of the country, she explains.

“I do understand that people from outside might react to our local arguments. But that is the special thing about living here, we understand the situation in a very different way than other places, than the rest of Norway,” she says.

“For example, I got very many reactions from other parts of the country when I spoke out against weapons deliveries to Ukraine,” she adds.

The newspaper column published by Bergeng and the other local politicians in Kirkenes comes the same day as Prime Minister Jonas Gahr Støre delivered a key speech about the national security situation. According to the Premier, the war in Ukraine has over the past weeks become even more serious than before and Russia appears to take bigger risks in its foreign intelligence.

Norway has taken measures to strengthen its ability to discover and stop Russian espionage, he underlines.

“It is of key importance that we keep the necessary calm and wisdom and that we take the measures necessary to preserve national security,” Støre underlines.

“Let me be absolutely clear. We will not let them scare us. We will stand together with our allied. We will continue to support Ukraine.”