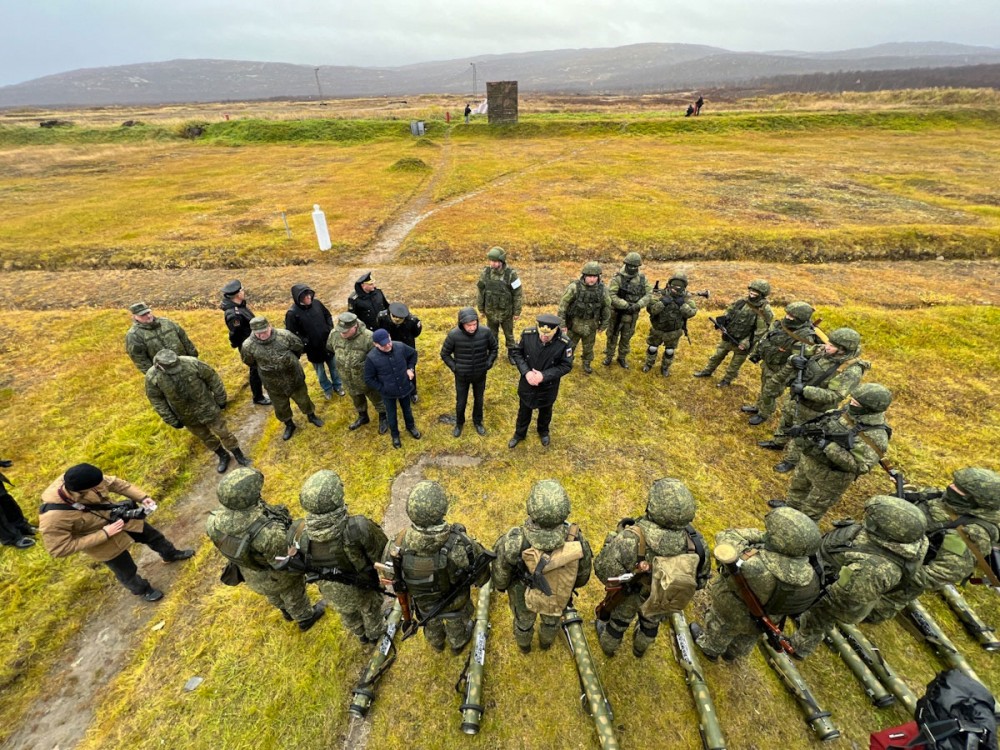 Ahead of deployment in Ukraine, mobilized men are sent to training facilities in Pechenga, the Russian border region to Norway. They are told that they are on a "holy mission" against America and its allies.
Read in Russian | Читать по-русски
By

Reservists from several north Russian regions are now sent to military bases in Pechenga where they will undergo training ahead of deployment in Ukraine. The shooting ranges that belong to the 200th Motorized Rifle Brigade are located only few kilometers from the border to NATO country Norway.

The northerners that first were mobilized as part of the 21th of September decree of President Putin were sent to a training center outside St.Petersburg. Now, mobilized men are instead sent to the far northern Pechenga area.

According to Komi Governor Vladimir Uiba, the reservists from his region are sent with special flights to the Murmansk region where they will have a month of training. The men that were sent on Monday this week were part of the 8th team from the region, Uiba said in one of his many video addresses.

According to the governor, the soldiers are on a “holy mission.”

“They are not only going to fight, they are going to fulfill a holy duty, a holy mission,” he underlined and added that the battle is actually “not against Ukrainians, but against Americans.”

“We are today fighting not with Ukrainians and not against Ukraine [but] we are fighting against America and all the countries that have joined them. They are the ones that started this war and they are provoking other territories with the aim of weakening Russia,” the regional leader argues.

“We are fighting for a just cause,” Uiba tried to convince his mobilized countrymen and their families.

With his statements, he echoes the Governor of Arkhangelsk that recently said that warriors from his region will be “protected by angels.”

The Russian Orthodox Church is a strong supporter of the war, and priests regularly participate in departure ceremonies for mobilized troops.

When the first group of troops left Murmansk in late September, two priests blessed the men, prayed for their “brave service” and sprayed them with holy water.

Not only troops from Komi are now training in Pechenga. Mobilized men also from Murmansk and Arkhangelsk are sent to the remote bases of the 200th Motorized Rifle brigade.

Murmansk Governor Andrei Chibis thanks the men from his region for their bravery and their preparedness to protect the motherland. He also called on them to take the training program seriously.

“An earnest request: do take this preparedness phase with the highest degree of seriousness. It is very important,” he said in an address.

According to Arkhangelsk Governor Aleksandr Tsybulsky, soldiers from his region are now provided additional equipment like sleeping bags, warm blankets, shoes and gloves.

And equipment provided by the Armed Forces is “excellent,” he explained.

“Together with the Commander of the Northern Fleet Aleksandr Moiseev, I been assured that the training course is held on a high level. The gear from the Ministry of Defense is excellent and the weapons the most modern. The life conditions and food also have a high level,” he underlines on his VK page.