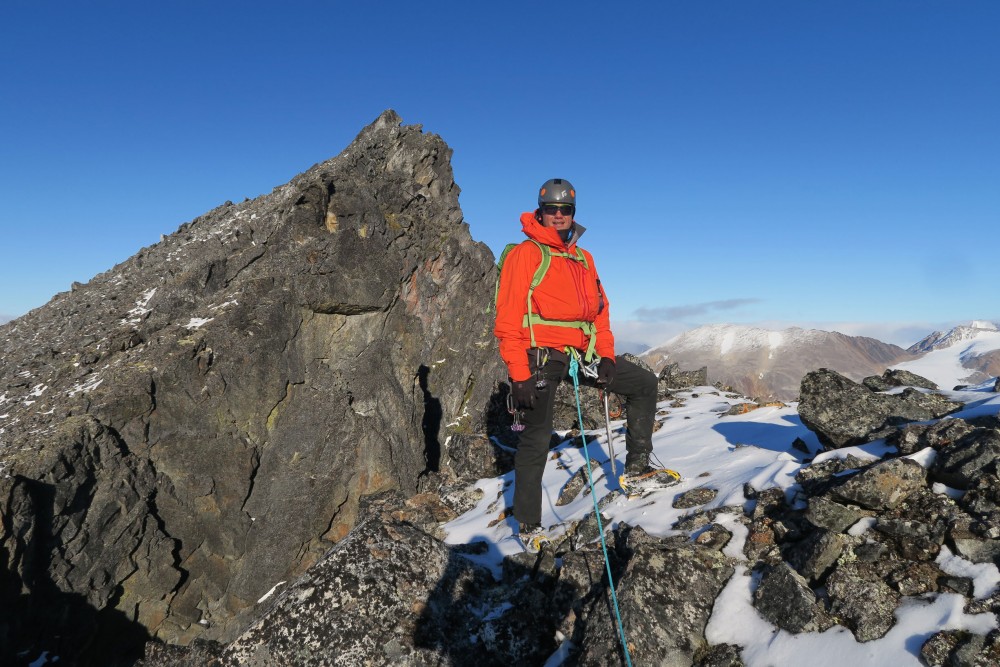 Andrey Yakunin climbed the Kvasspiggen mountain north on Spitsbergen in August and then used a drone to photograph and scout potential routes.

An appeal court judgment dismisses the ruling by the district court in Tromsø to release Andrey Yakunin. The Russian, British businessman whose father is a Putin ally remains in arrest until November 29.
Read in Russian | Читать по-русски
By

Andrey Yakunin was arrested by the police in Hammerfest, northern Norway, on October 17, accused of illegally flying a drone during an adventure expedition to Svalbard.

The 47-year-old businessman is the son of Vladimir Yakunin, the former president of Russian Railways and a close Putin associate.

Yakunin himself and the expedition crew of the sailing boat bringing him to Svalbard have previously given a lengthy interview with the Barents Observer explaining that the use of a drone was for nature photos and scouting routes to climb the mounting.

His lawyers said the ruling to keep Andrey Yakinin in custody will not be appealed.

“Mr. Yakunin has admitted to flying drones in Svalbard, but he was traveling on his British passport as a British citizen. There was no information on the Governor’s website about a ban on drone use by foreigners, and consequently, our client had no reason to believe that he was banned from this activity. He does not admit criminal guilt”, his Norwegian lawyers said.

In the first court hearing in October, Yakunin noted that he should be regarded as a British citizen and that his home address is in Italy. The boat sailed around Svalbard and along the coast of Norway for a period of several months starting this summer.

During the search on board the sailing boat, however, police found Yakunin’s Russian passport.

Russian citizens were banned from flying drones in Norwegian airspace as part of the sanctions regime introduced shortly after Russia’s military invasion of Ukraine on February 24.

It is the Police Security Service (PST) that is in charge of the investigation.

Over the last two weeks, several Russian citizens have been detained for flying drones and taking photos in northern Norway.