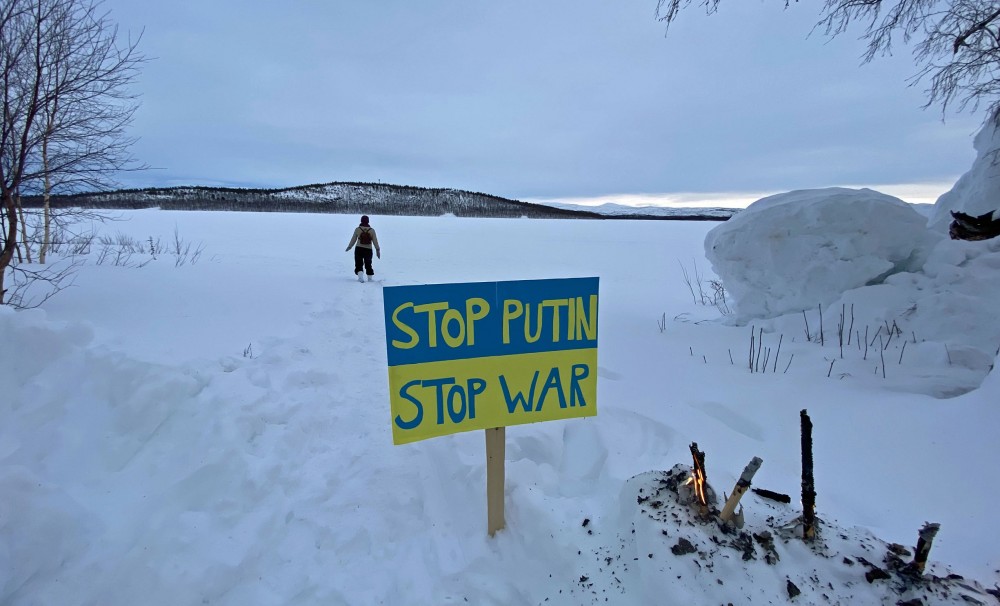 The Pasvik River forms the border between Russia and Norway. FSB has set up a barbed-wired fence in distance from the shores to hinder Russians from escaping the country. Illustration photo: Thomas Nilsen

FSB border guards opened fire after the man running the polar night in the snow across the Pasvik River from Russia to Norway. The man, allegedly a defector from the Wagner mercenary group, says he is willing to testify against war criminal Yevgeny Prigozhin.
By

It was shortly before 2 am the night before Friday a Russian citizen managed to get through the barbed wire fence not far from the town of Nikel and run over the Pasvik River to safety in Norway.

He was quickly brought to Oslo because of extreme security considerations in the Kirkenes area.

The escape was dramatic, the man tells via phone from Oslo in a live recording posted on the Gulagu.net’s YouTube channel.

With barking dogs, FSB border followed his footprints in the snow, and shots were allegedly fired.

I turned around, I saw - people with flashlights at a distance of about 150 meters were running in my direction. I ran along the forest. I heard two shots, bullets whizzed by. I broke the phone and threw it into the forest, and then ran on the ice towards the light of the houses. They released the dog, but apparently it got tangled up somewhere in a wire in a snowdrift. They themselves were probably afraid to run after me - the ice was thin, and when I ran, it even squeezed through,” says the former mercenary.

The River is a few hundred meters wide at the location. The illegal border crosser knocked on the door of a private house in the Skrøytnes area and was soon detained by Norwegian military border guards and the police.

Asylum seekers from Russia are normally sent to Oslo by plane from Kirkenes, so also this man.

According to Gulagu.net, this is the first time a former head of a small patrol group of from one of the units of Wagner private military company (pmc) had fled Russia for Europe. He is willing to testify against the oligarch and Wagner Chief Yevgeny Prigozhin.

The man’s identity is revealed by gulagu.net as Andrei Medvedev. He left the combat group of Wagner after his 4-months contract, signed in late July, came to an end.

The Kremlin-linked private military group made world headlines last November when a video was posted on Telegram showing the execution of a former Russian prison inmate who defected to Ukraine instead of fighting with the Wagner criminals. The man was captured and in a gruesome way struck with a sledgehammer until dead.

Wagner Chief Yevgeny Prigozhin is linked to statements calling for so-called “refuseniks” - those who refuse to fight against Ukraine - to be shot by their own forces.

The man who escaped to Norway this weekend could be one of the first major witnesses from inside when making possible charges against Prigozhin for war crimes.