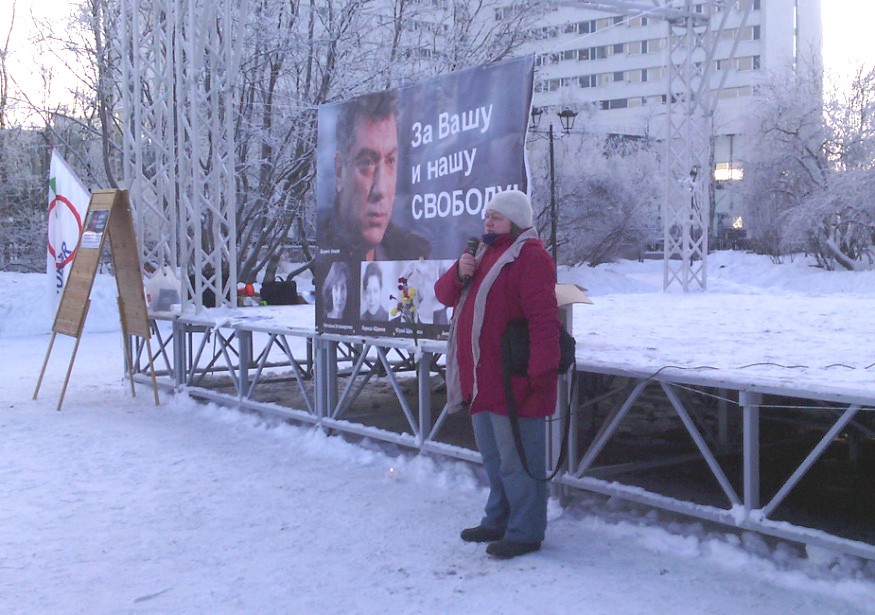 A quiet commemoration of the killed politician was held in downtown Murmansk.
By

The rally, which included about 30 people, was organized by the local Yabloko Party, 7x7-journal reports. It was held in the city park, next to the memorial of victims of political repression.

«Today, we remember not only Boris Nemtsov, but also the other politicians who were killed for their views», Murmansk human rights activist Irina Paykachyeva said in the protest. «Let there be no more such killing!» she underlined.

The rally had been approved by the local city administration. That was not the case in neighboring Arkhangelsk. There, the city government turned down the activists’ request reportedly because it included the intention to protest also against «political repression and prosecution of dissidents».