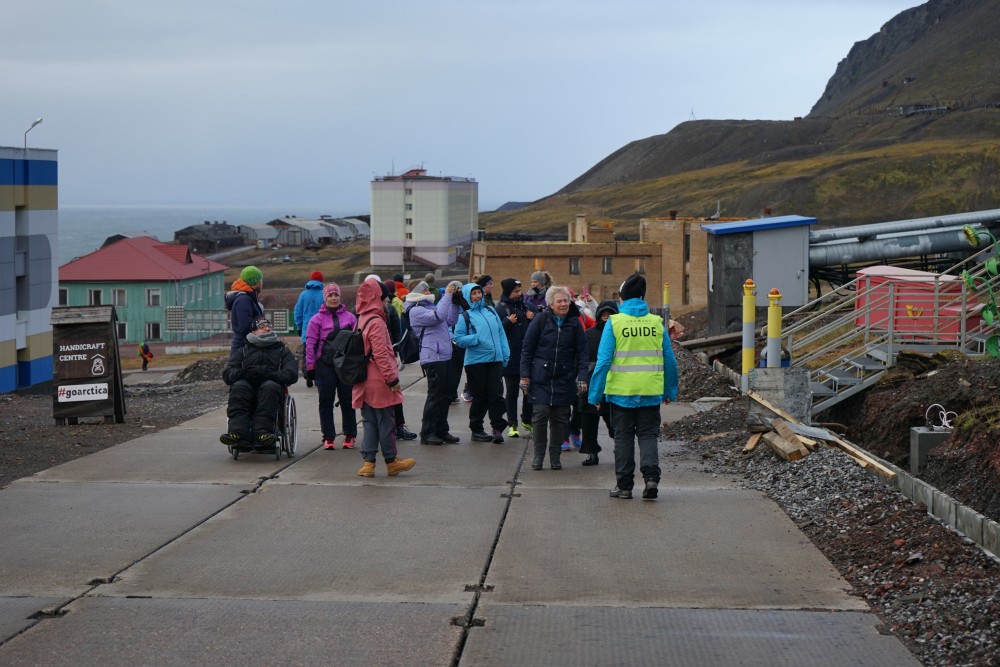 Longyearbyen is a small and vulnerable society. We only have a small hospital with limited public health services, the local authorities states.
Read in Russian | Читать по-русски
By

Norwegian authorities on Sunday decided that all visitors to Svalbard who arrived after February 27th shall travel to Oslo.

A plane is departing from Longyearbyen to Oslo at midnight on Sunday, the local authorities inform on their Facebook-page.

It was Icepeople, a local English language news-site, that reported about the decision.

As of today, there are no confirmed cases of the coronavirus in Longyearbyen, but society is small and isolated. An outbreak could cause huge challenges.

Most tourists to Longyearbyen have been quarantined at hotels and guesthouses and will be taken directly to the airport to avoid contact with locals.

As previously reported by the Barents Observer, the Governor of Svalbard has decided that every person heading towards Svalbard from abroad shall be quarantined on mainland Norway for a 2-weeks period before flying north to Longyearbyen.

In the winter period, all tourists traveling to Svalbard have to fly via mainland Norway.

March and the coming months are normally busy winter tourist season in Longyearbyen, a situation that is now turned upside down like in the rest of Europe.

It is also unclear what now will happen with Russia’s Barneo ice-camp in the high Arctic.

The Barneo camp’s organizers were also this season planning to use Longyearbyen airport as a hub for shuttling tourists and polar explorers further north to the Arctic ice runway to be established at 89 degrees north.

More than 20 bulldozers, one aircraft, and tons of other gear spread around the Arctic seafloor by Russia's ice base