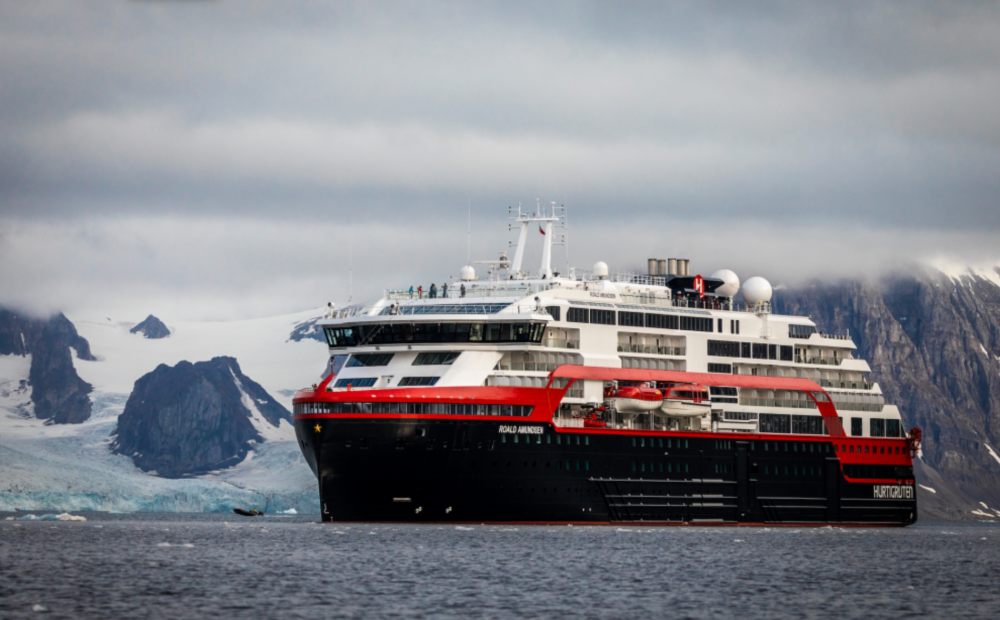 "The vessel is in isolation at port in Tromsø," Hurtigruten announces in a press statement.
Read in Russian | Читать по-русски
By

The M/S Roald Amundsen arrived in Tromsø on Friday with two ill and isolated crew members onboard. The two were hospitalized and tested for coronavirus. The rest of the 158-person crew were tested and on Saturday the cruise liner confirmed at least 35 of the crew are infected by the virus.

Crew members who tested positive and are still on the ship, are not sick or have any other symptoms.

The passengers disembarked Friday morning before the outbreak was announced.

Local newspaper Nordlys reported Friday evening four crew members have tested positive. All four are hospitalized in Tromsø. Passengers that disembarked in Tromsø told Norwegian media that they first were informed about the outbreak when reading online newspapers. The Norwegian Institute of Public Health all passengers quarantined and tested for COVID-19 and is urging 69 municipalities to follow up on a total of 400 people in some way associated with infected crew members.

The MS Roald Amundsen arrived at Tromsø after a voyage to Svalbard that started July 24 with 177 passengers. The ship is one of very few that have sailed the waters around the Norwegian archipelago this summer. The ship did not dock in any settlements in the Arctic archipelago.

Several tens of other high-end expedition cruise voyages supposed to sail the Arctic were canceled earlier this year after the global coronavirus outbreak.

Hurtigruten stated in the press release it will contact all passengers onboard the last sailings, with departures on July 17 and July 24, and inform them about the outbreak and provide advice. The voyage aboard the ship, scheduled to sail from Tromsø to Svalbard on Friday afternoon, was canceled and the next scheduled sailing isn’t until September.

This story was updated on Saturday, August 1.