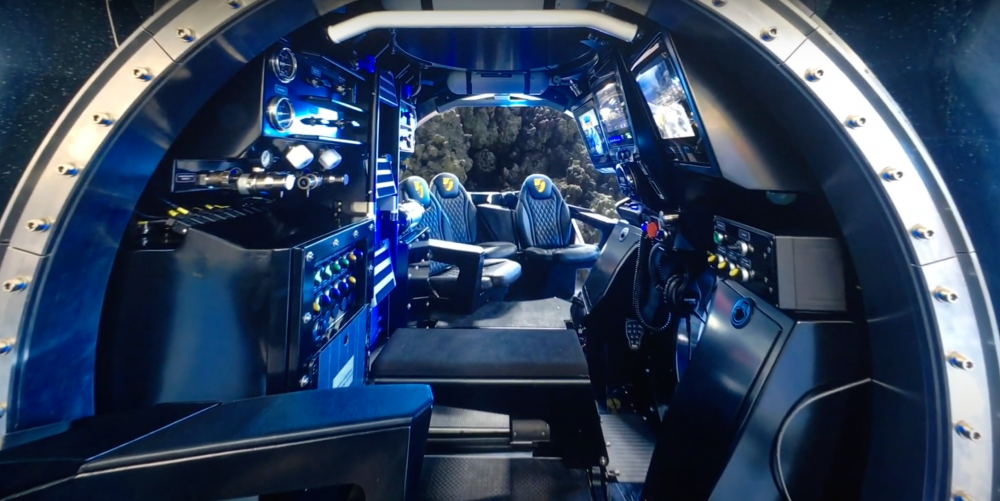 From the interior of the purpose-built 6-person expedition submarine. Screenshot from promotion video

Most cruise liners from across the globe have paused operations and empty ships are currently left in ports. The travel industry has been hit hard by the COVID-19 pandemic. Meanwhile, some companies plan for spectacular comeback with new ships.

Seaborn Venture, scheduled for delivery in December 2021, is a purpose-built expedition ship to have her maiden voyages to the polar night of Norway.

“Along with the ultra-luxury lifestyle we are known for, Seabourn Venture’s amazing and immersive voyages will deliver the ultimate ultra-luxury expedition travel experience that our guests will cherish forever,” said Richard Meadows, president of Seabourn.

“Seabourn Venture will debut in December 2021 with a series of first-ever Norwegian Winter voyages where they may be able to see the Northern Lights,” the company announces.

In a promotion video, the cruiser liner describes the features of the two submarines carried onboard. Each submarine has “two transparent spheres with leather swivel seating, climate control and chilled champagne. The submarine is providing an unforgettable view of the world beneath the ocean’s surface.”

For passengers wanting to explore the Norwegian coastline from above the surface, 24 Zodiacs and a number of kayaks are available.

Seabourn Venture has a PC6 ice-strengthened hull and 132 luxurious seaside veranda suites. Other Arctic voyages are planned, although detailed itineraries are still in making. The company lists North Cape, Tromsø, Svalbard, Greenland, Iceland and Canadian Arctic in its overview of future destinations.

By October, the details for the Norway Winter voyages from December 2021 to April 2022 will be announced, the cruise liner informs.

Seabourn’s winter voyages to northern Norway starts just a month ahead of Hurtigruten’s new reframed expedition cruises along the coast of Norway, from the ports of Dover, Hamburg and Bergen to the North Cape. Three of today’s ships in the company’s fleet will be renamed and fit for 500-pax year-around expeditions.

Norway bans all cruise ships with 100+ on board, but Ponant is still selling tickets for next week's luxury Svalbard voyage