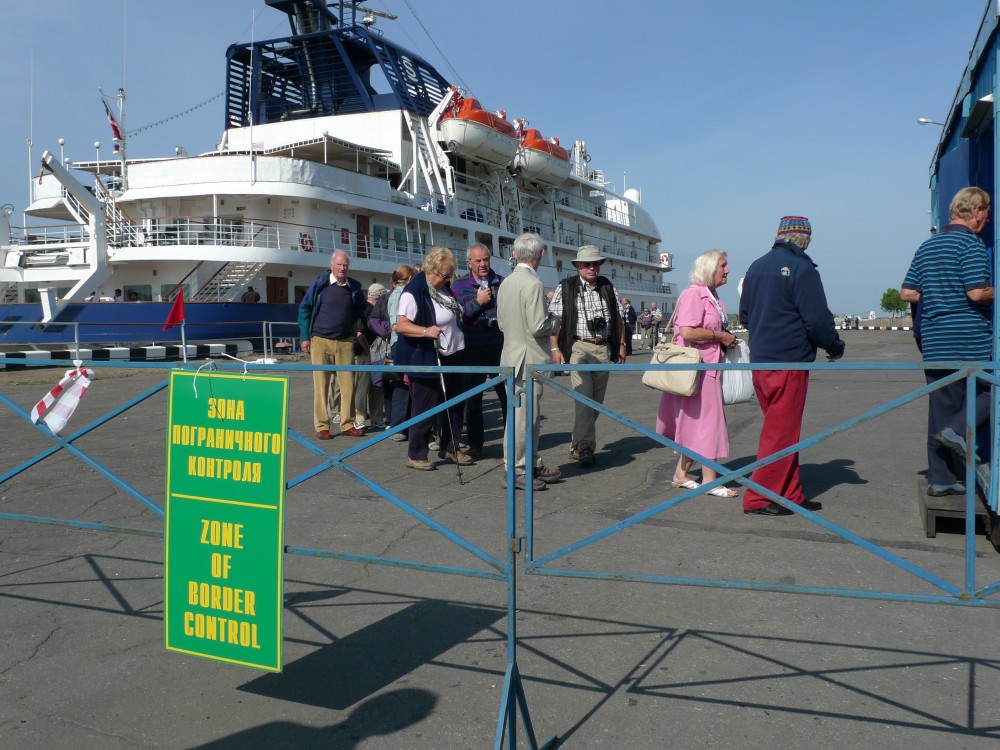 Arkhangelsk is one of the Russian ports that might not see any foreign cruise lines this season. Photo: Thomas Nilsen

Regent Seven Seas Cruises plans to remove St. Petersburg, Solovki, Arkhangelsk and Murmansk from its cruises this year, while Hurtigruten Expeditions says it will consider alternatives.
Read in Russian | Читать по-русски
By

“We are following the sad developments closely, and will consider alternatives,” says Rune Thomas Ege with Hurtigruten Expeditions to the Barents Observer.

The Norwegian-based cruise liner has scheduled one voyage to northwest Russia this fall, with port calls to Murmansk, Arkhangelsk and the archipelago of Solovki in the White Sea.

Several other cruise lines have over the weekend said they will avoid ports in Russia and Ukraine amid the ongoing war.

Although the White Sea and Murmansk are far away from the war zones, the region is one of Russia’s most militarized and waters off Murmansk and Arkhangelsk are frequently closed at short notice for civilian shipping as the powerful Northern Fleet kicks off naval exercises.

In 2019, some 250 passengers were left disappointed as Hurtigruten Expeditions was forced to cancel its high-profiled voyage to Franz Josef Land in the Russian Arctic just two weeks before departure. A company spokesperson at the time told the Barents Observer that the reason for the cancellation was a planned military exercise by the Russian navy at the time of the voyage.

Hurtigruten Expeditions’ White Sea itinerary for October this year is supposed to be the first to the region, more than a decade after planning started.

“To my knowledge, there have been no cancellations from passengers over the weekend,” says Rune Thomas Ege, but underlines that there are other reasons to be considered whether or not the expedition cruise will sail.

“The safety and security of our guests, crew and communities we visit is our top priority,” reads an emailed statement sent to the newspaper from Norwegian Cruise Line. “We are currently working to confirm replacement ports and will advise all impacted guests and travel advisors as soon as possible.”

Hurtigruten Expeditions’ itinerary starts in Bergen, a port with several other options to sail other directions.

Authorities in both Murmansk and Arkhangelsk have for years worked hard to attract their regions as port destinations for foreign cruise liners.

Both ports were recently added to Russia’s list of destinations with 72-hours visa freedom for foreigners arriving on tourist boats.