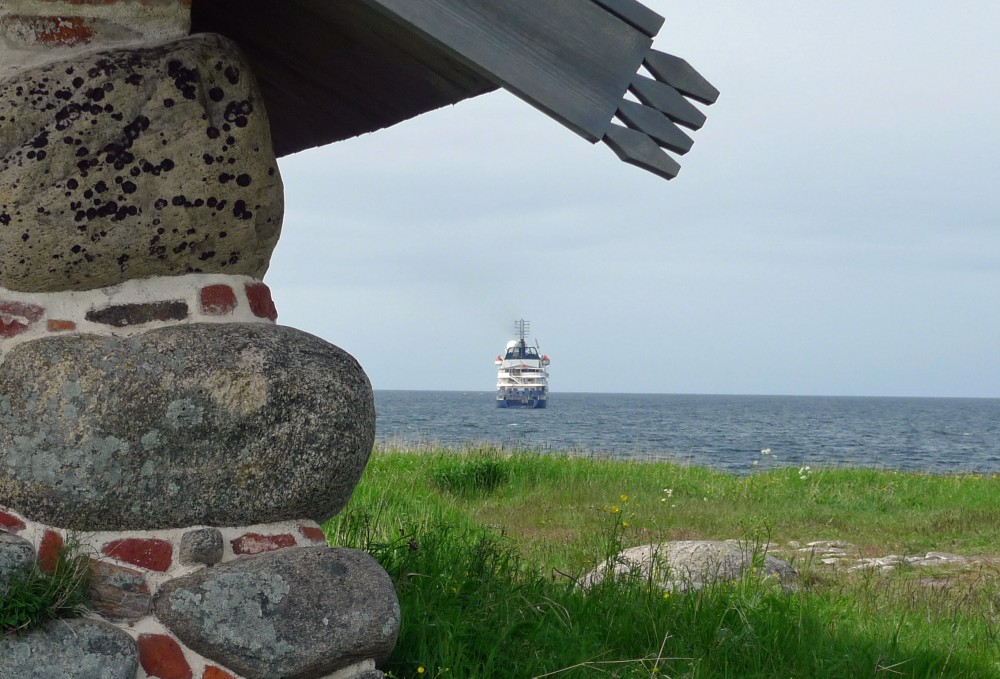 A expedition cruise ship at the Bolshoy Zayatskiy Island in the White Sea. Photo: Thomas Nilsen

The war on Ukraine and geopolitical turbulence with concerns growing of further escalations of tensions with Russia have knock-on effects for the cruise industry, expert says.
Read in Russian | Читать по-русски
By

A few years ago, foreign cruise vessels lined up to sign agreements with Russia for permits to sail to Franz Josef Land, the glacier-covered archipelago at 80 degrees North.

Today, wealthy international tourists will have big problems reaching the Russian Arctic as most expedition cruise ships have changed itineraries, scrapping sailings to the country that covers half of the circumpolar regions.

Senior Fellow with the Arctic Institute, Ekaterina Uryupova, has looked into the sailing season of 2023.

In a piece for the institute, she notes that many cruise liners have changed previously scheduled northern voyages for the next few years.

That includes companies with years of experience in sailing tourists to Arctic shores, like Aurora Expeditions, Poseidon Expeditions, National Geographic and Quark Expeditions.

The Barents Observer previously reported that Hurtigruten Expeditions will find alternative routes for its planned voyages from Tromsø to Franz Josef Land via Russia’s militarised port of Murmansk.

Quark Expeditions states in an update that the company is no longer accepting bookings for trips that include Russia in the itinerary. Instead, additional voyages to Greenland, Iceland and Spitsbergen are introduced to the portfolio.

Ponant, which offers tours to the North Pole, has no longer any tours to Russian Arctic destinations.

“The political landscape does not make it easy for tour operators to work in the area and they will most likely continue to alter Russian itineraries due to the Ukraine conflict,” she concludes.

One company, however, that still sells a luxury tour to Arctic Russia is Scenic.

Its 200 guests vessel leaves Tromsø in June 2024 for an 18-day voyage to Franz Josef Land with return sailing via the Kara Sea east of Novaya Zemlya, across the Barents Sea to Murmansk, before returning to Tromsø in Norway.