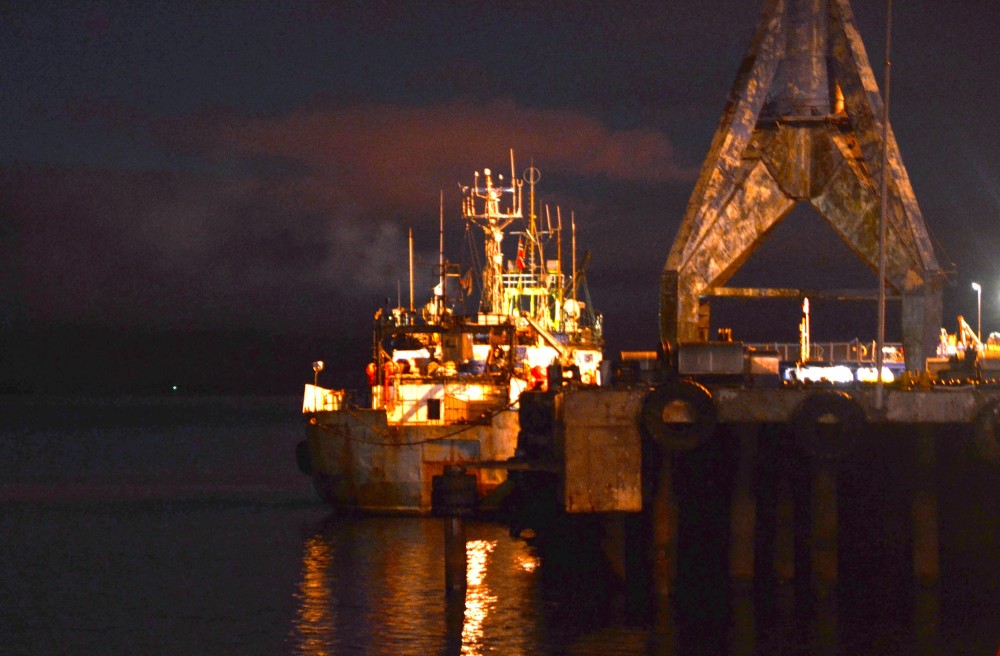 A Russian FSB vessel with Spetsnaz soldiers onboard today took control of the trawler ”Kamchatka” as it reportedly was heading off to sea without the consent of crew members.

According to Interfax, six crew members were forcefully disallowed to leave the ship when docked in Kirkenes, Norway, earlier this week. One of the crew members reportedly called his wife and described the situation, whereupon the FSB was contacted.

The crew members had not got salaries in a long time and started a hunger strike, TASS reports.

Representative of the Russian Investigative Committee in Murmansk, Vyacheslav Kazin, says to Interfax that the ”Kamchatka” was detained at open sea after it had tried to hide from the approaching FSB vessel.

It was decided to bring the ship to the nearest port of Kirkenes, he says.

The detention took place night to Sunday and the crew members were immediately sent to Murmansk where they are now giving evidence, TASS informs.

In Russia, the coast guard and border guard service are part of the FSB, Russian security service. It is not yet clear how the ”Kamchatka” was brough to Kirkenes and by which Russian coast guard vessel.