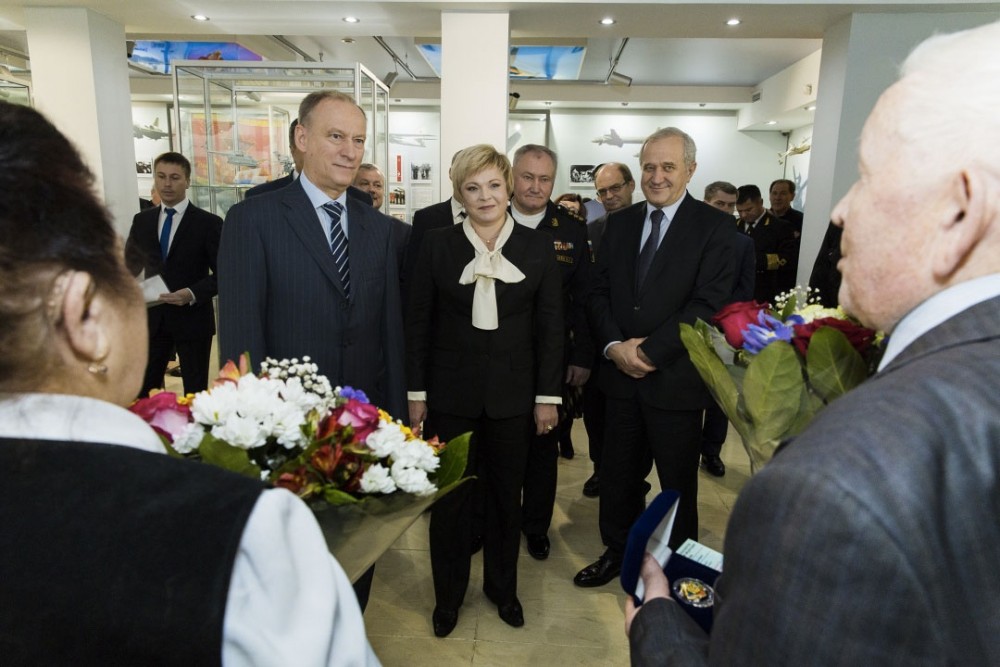 Security Council leader Nikolay Patrushev has been on a round trip, which included Murmansk and Yamal-Nenets. Photo: Gov-murman.ru

There is a race going on in the Arctic, Head of the Russian Security Council maintains.

During his visit to the Russian Arctic region of Yamal-Nenets this week, national Security Council leader Nikolay Patrushev admitted that western sanction has made life hard for his country’s Arctic developers.

”The situation is complicated by the illegal economic sanctions applied against Russia”, the powerful official said. He added that the sanctions have put a stop to imports of technology and equipment needed in shelf exploration and production projects, and that ”they hinder the extensive industrial development of the Arctic territories”, news agency TASS reports.

During his visit to the region, Patrushev visited Sabetta, the new major sea port under development in the Yamal Peninsula, as well as the nearby new airport.

In a meeting on site, the Security Council leader addressed issues related to the security of location populations and key strategic objects, a press release from the Council reads.

Sabetta is developed in connection with the Yamal LNG project, one of Russia’s biggest current endeavors in the Arctic.

The Yamal LNG project has attracted major investments from Chinese companies. But project operator Novatek remains in major trouble with getting required financing.

”Despite the major importance of the Yamal LNG project, and its support from the [Russian] state, there are still a number of basic questions which needs to be resolved”, Patrushev underlined. ”Among them are issues related to financial developments under the ruling conditions of sanctions limiting access to market capital”, he added.

Recently, sources close to Novatek confirmed that the Chinese investments company Silk Road Fund is taking over a project stake. With its acquisition, the Fund becomes the second Chinese stakeholder in the Arctic gas project. From before, the CNPC holds a 20 percent stake. Licenseholder Novatek owns 60 percent and French company Total 20 percent.