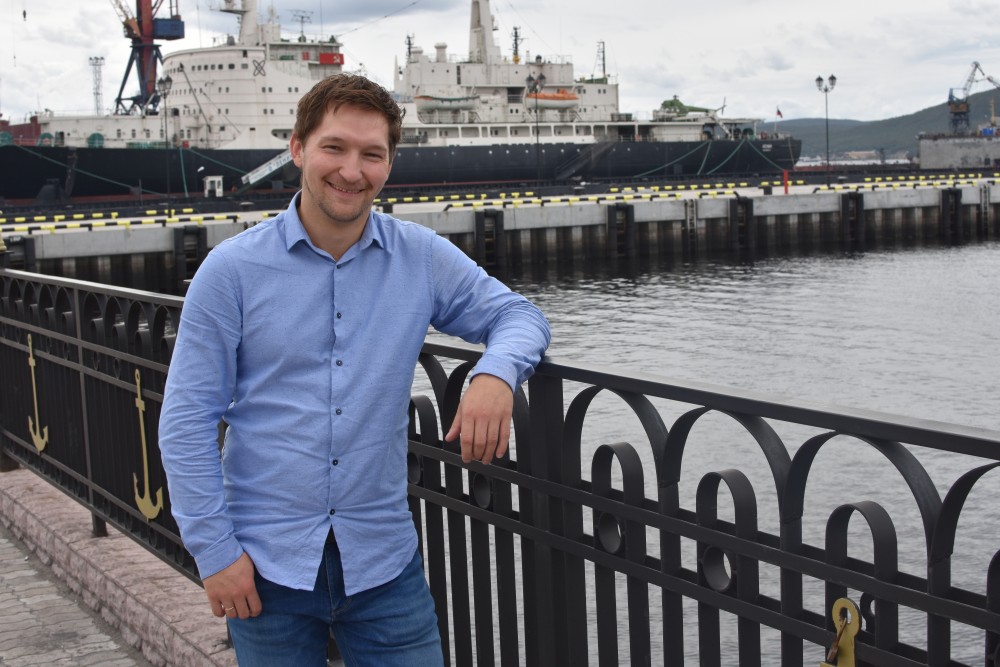 A brand new pier is built in the central harbour of Murmansk. Next to the “Lenin” – the world’s first nuclear-powered icebreaker, now serving as a museum, one of the highlights to visit for tourists to Russia’s Arctic capital.

A gate, however, restricts local people to walk on the 206-metre long pier. It is reserved for foreign cruise vessels. This summer only a few made port call to Murmansk.

“We had some 12 to 15 vessels last summer. This summer five or six,” explains Sergey Arzumanov, Director of Za Rubezh-Tur. For the last 15 years, he has worked with foreign groups visiting Murmansk. Sergey also represents the Norwegian-based Pasvik Turist, a tour operator that regularly brings tourists from Kirkenes to Murmansk.

It was in late July Russia’s Prime Minister Dmitri Medvedev finally signed the decree on 72-hours visa freedom to Murmansk for passengers on ferries and cruise vessels.

Murmansk hopes that Hurtigruten, the cruise-liner sailing daily along the coast of Norway from Bergen to Kirkenes, one day will prolong some of its voyages further east into Russian waters.

“The majority of foreigners coming to Murmansk in the summer are passengers with Hurtigruten, disembarking in Kirkenes and travel on by bus,” Sergey Arzumanov tells.

“They want to see Russia. The city has a lot to offer. We are the gateway to the Arctic and our authorities make priority to develop the region as a high north tourist destination.”

From its main office in Tromsø, Norway, Hurtigruten is indeed looking east.

“For us, Russia is still a very interesting potential destination,” says communication mangager Stein Lillebo in a phone interview with the Barents Observer.

«For us, Russia is still a very interesting potential destination»

“However, we have to postpone the voyage we hoped to arrange in 2017,” Stein Lillebo continues and explains the reason to be lack of vessels.

“The expedition vessels we have will sail Svalbard, Iceland and Greenland next summer season.”

From traditionally sailing the coastal steamer route Bergen to Kirkenes, Hurtigruten has over the last few years additionally developed the market of high-end expedition cruises. Voyages’ destinations are Antarctica and ice-covered waters of the European Arctic. The two designated expedition vessels “Fram” and “Spitsbergen” are already sailing. Another four vessels were last month announced.

For Hurtigruten, both Murmansk and the even more exclusive White Sea area are still under consideration, but Stein Lillebo can’t today say whether or not any voyages will sail to Russia in 2018.

Both Murmansk and Arkhangelsk regions have tourism and facilitating for cruise vessel on their list of business development plans.

In addition to Murmansk, also Arkhangelsk is listed in Medvedev’s decree on ports open for 72-hours visa-free passengers. Similar regime includes the ports of St. Petersburg and Vladivostok.

Sergey Arzumanov is confidant visitors will not be bored. “With a 72-hours stay, we can show both the city-life here in Murmansk, but also offer tours to other places on the Kola Peninsula like Lovozero - the centre of the Sami-culture - and to nature beauties like the Khibiny mountains,” he says with enthusiasm.

Arzumanov says Hurtigruten could get a growing share of Russian tourists’ market if establishing regular voyages from Murmansk.

“Many tourists from Moscow and St. Petersburg have deep passion for Finnmark, Norway and the fjords. Flying to Murmansk is simple and a voyage to the coast of Norway with start in Murmansk will be easy to sell.”