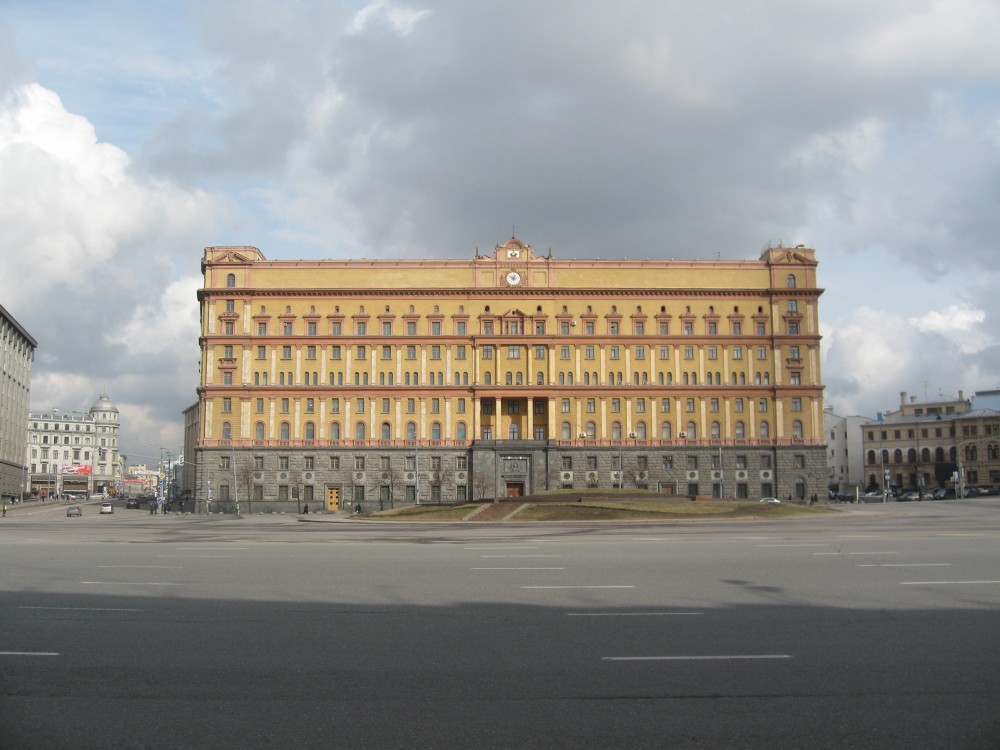 Lubyanka is the Headquarters of of the former KGB in the centre of Moscow. Photo: Thomas Nilsen

Newspaper says Vladimir Putin will recreate Soviet-ear security structures in a new body known by the acronym MGB.
By

The business daily Kommersant reports about the plans to create a new Ministry of State Security (MGB) said to include the Federal Security Service FSB, the Foreign Intelligence Service SVR and the Federal Protective Service FSO.

MGB will improve the effectiveness of state security powers.

The newspaper quotes several unnamed sources claiming Putin’s creation of the National Guard Agency in April this year was the start of what now can turn out to be a new power ministry. The new MGB will start operating before the 2018 presidential elections in Russia.

By not incorporating the new National Guard into the new MGB structure, Putin appears to be safeguarding his own power. The National Guard is said to consist of 400,000 persons from the Interior Ministry troops like OMON riot police, SOBR special forces, the Federal Migration Service and the Federal Drug Control.

Kremlin has so far not commented on the reporting by Kommersant

MGB is nothing new. First created in the 1940ies by Josef Stalin, the MGB was in charge of intelligence and counterintelligence as well as protection of the ruling power. MGB was liquidated when Stalin died in March 1953 and was soon replaced by the establishment of the State Security Committee, the KGB.

When the Soviet Union collapsed in 1991, President Boris Yeltsin ordered the KGB to be broken up into separate agencies, like the FSK (soon to be FSB), the SVR, the border guards service and others.

A reincarnated MGB will in many ways fill the role the KGB and keep control over all parts of the intelligence activities, except of the military GRU.

Interviewed by Radio Free Europe, expert on Russia’s security services Nark Galeotti with the Institute of International Relations in Prague says the new ministry would reconstitute the KGB in all its aspects.

«Essentially, this is a case of bringing the band back together,» Mark Galeotti says

«It is entirely clear that the country has gone from authoritarian to totalitarian,» Gudkov says.

Over the last few weeks, President Vladimir Putin has reshuffled important high ranking security officials.  First, Putin replaced his longtime Chief of Staff and former Minister of Defense Sergey Ivanov. Then, yesterday, Putin dismissed the Head of the foreign intelligence service SVR Mikhael Fradkov, the Kremlin reports. Fradkov is replaced by former head of the State Duma Sergey Naryshkin, a long time friend of Putin from the days of the KGB.