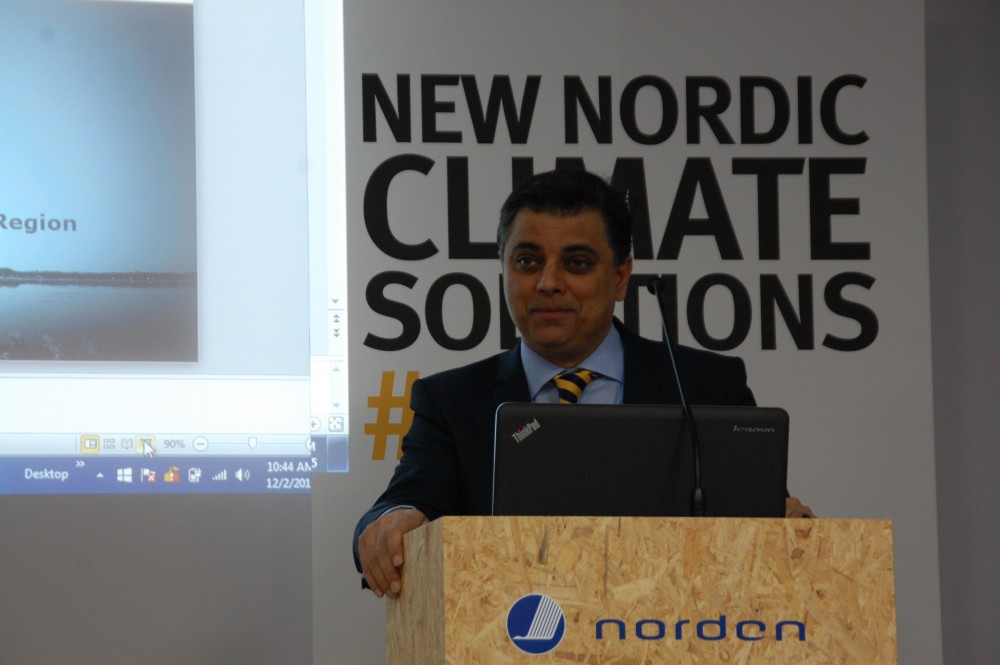 Ash Sharma from NEFCO argues that the practice of industrial symbiosis should be applied in more countries. Photo: Rebecka Snefuglli Sondell

PARIS. Industrial symbiosis is an important driver for green growth in the Nordic countries. This is the conclusion of a new report published by the Nordic Centre for Spatial Development (Nordregio) on behalf of the Nordic Council of Ministers.
By

The study examines five cases in Denmark, Finland, Iceland, Norway and Sweden where industrial symbiosis has developed and shows that industrial symbiosis plays an important role in greening the industries.  One example is the Kemi-Tornio region in Finish Lapland, where ash from Stora Enso’s production is bought by Outokumpu chrome mine, where it is used to fill the open pits.

The study also identifies significant differences between the various cases studied and concludes that the concept of industrial symbiosis have gain more recognition in Finland and Denmark, resulting in a top-down implementation approach, whereas the cases found in Sweden, Norway and Iceland are the result of bottom-up initiatives. However they all have one thing in common: improving environmental standards is not the key goal. Rather, the industrial symbiosis allows for bringing down costs, improving profitability and increasing the competitiveness. “It’s not about doing the right thing, it’s about keeping competitive”, says Sharma.

NEFCO is now working to introduce industrial symbiosis both in developing countries and in Eastern Europe and Russia. One example is the Joint Implementation initiative at Khimprom, one of Russia’s largest chemical enterprises in Kemerovo. In this case, waste gases from the chemical plant were used in a neighbouring power plant, which allowed for limiting the use of natural gases.

While instances of industrial symbiosis are an important contribution to the greening of the industry, several challenges remain. The report highlights that many companies mention the lack of time and resources as major barriers to undertaking projects of industrial symbiosis and also notes that there is a low awareness of the opportunities for such initiatives. To solve this, better coordination and dissemination of information about the opportunities is needed, according to the findings.