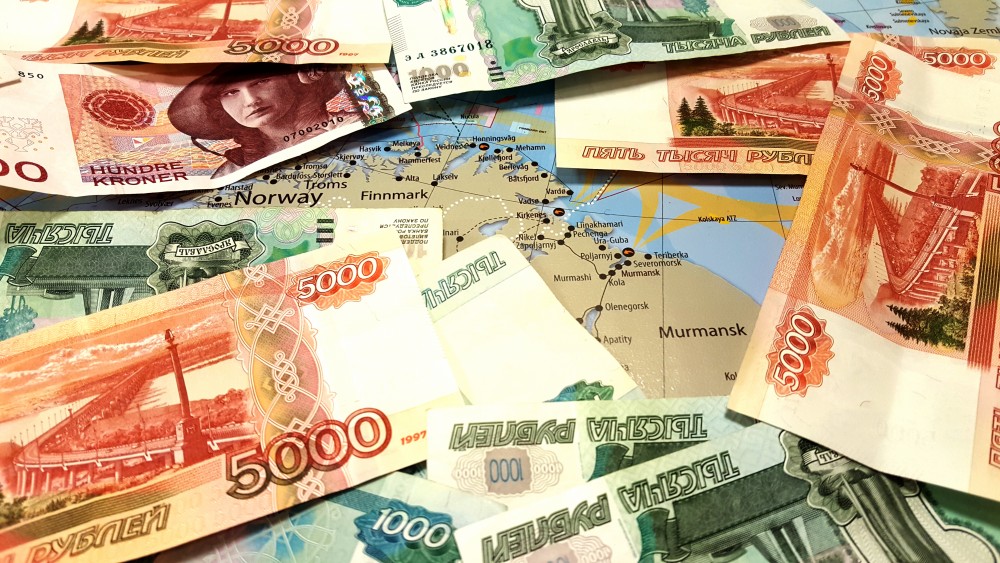 Norwegian and Russian currencies are down together with the oil price. Photo: Thomas Nilsen

Oil currencies tumble to a record low. For the first time since 1992, the Swedish krone is now stronger than the Norwegian. One US dollar is sold for 71 rubles.
By

Low oil price is turning into nightmares for both Norwegian and Russian economies. Worst for Russia that rolls into its second year of recession. For Norway, private consumption is expected to go down as uncertainties and unemployment rate climb.

An oil price of $37 per barrel is way under what both countries national budgets for 2016 are based on.

This week, the Russian ruble is trading at its lowest since black Monday in August. 71 to the dollar and 78 to the euro are near all time low. If oil price stays on $37 or continues to fall, Russia’s economic outlook for 2016 looks grey-dark.

With $35 a barrel, Russia’s economy is expected to shrink by 2-3 percent, with unemployment up and wages down as a result. Russia’s current 2016 budget plans relies on $50 a barrel.

One Norwegian krone is Friday traded at 8.76 to the dollar and 9,48 to the euro. And for Norwegians, a Swedish krone is today more worth than the Norwegian, traded at 1,04.