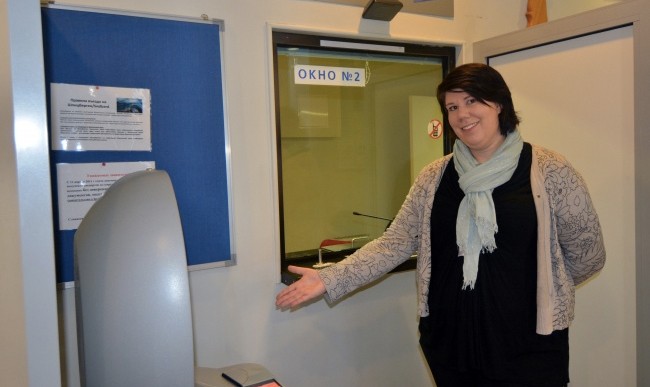 Amid a sharp decline in visa applications and cross-border traveling, Russian northerners will soon be able to obtain travel documents to Norway in only 3 days.
By

”We are cutting the processing time from seven to three working days”, Head of the Norwegian General Consulate visa department Marit Jacobsen says to the Independent Barents Observer.

With the new rule, Norway will be among the countries issuing Schengen visas to applicants in shortest time. The reduced processing time takes effect from 1 February, the General Consulate informs.

”This is our commitment to the applicants, it will be a top priority in 2016”, Jacobsen underlines.

The applicant-friendly move comes on the backdrop of a major decline in the number of visa applications. In 2015, a total of 11,800 visas were issued by the General Consulate in Murmansk, a drop of about 50 percent from the previous year.

The number of border-crossings between Norway and Russia in 2015 shrunk to 243,200, a year-on-year decline of 24 percent.

The main reason for the trend is not related to the political chill between the countries, the General Consulate argues, but rather with the weak ruble and growing economic hardship among Russians.

For a big number of years, the Murmansk General Consulate has been among the diplomatic offices issuing most of Norway’s Schengen visas. A Schengen visa to Norway now costs €35, plus a €24 handling fee to the IFS visa centre.

Norway, not a member of the EU but still part of the Schengen agreement, has over a number of years taken measures to liberalize its visa policies towards neighboring Russia. All Russians living in the neighboring northwest Russian regions of Murmansk and Arkhangelsk are entitled to get multi-entry visa for up to five years without invitation.

On request, the country also offers free-of-charge visas for people involved in cross-border projects part of the Barents Cooperation, a beneficial arrangement for sport clubs, cultural organizations and other stakeholders in the regional people-to-people cooperation.

In addition, Norway and Russia have since 2011 had a special visa-free small border traffic agreement which is available for anyone living in a 30 km zone along the border.