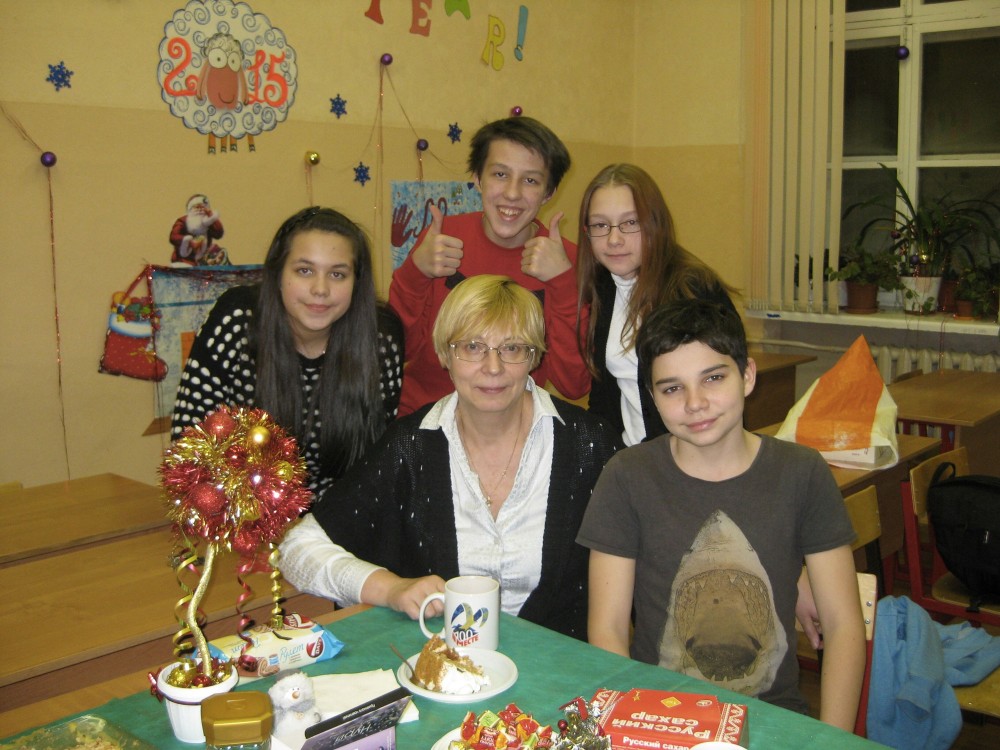 Teacher Svetlana Kornaukhova will no longer be allowed to teach following an "unpatriotic" social media comment. Photo from Bloger51.ru

In Murmansk, a teacher is fired for a social media comment.
By

Parents and graduates of one of the best gymnasiums in Murmansk have been collecting signatures in defense of the dismissal of history teacher and head of the education department Svetlana Kornaukhova. Officially, the teacher has been fired because of a comment made on a social network. And as an alternative to dismissal, the director has suggested that Kornaukhova could work as a cleaner.

According to Kornaukhova «The director summoned me to her office on May 19 and told me she was firing me for a moral offense.» The director of  Murmansk gymnasium No. 3 is Tatyana Devyatkova and illustrated her point by showing Kornaukhova a screenshot of her commentary. Specifically, the comment talked about awarding medals to the 40 Murmansk military cadets   for participating in the May 9 “Victory Day” parade. Here is Kornauhova’s message:

«The uniforms have been bought, the medals have been given… Here, look at our patriotism. But those guys who are pretending to be soldiers for 4 years, singing their military songs for the citizens of the city and meeting veterans in our museum, are not worthy our gratitude! Posers! That’s who your young soldier boys are!»

These words turned out to be enough to cost a teacher with 35 years of experience her job.

Murmansk is a city that fought in the war. And the memory of the war is alive, special, and very close to every family. And every summer, hundreds of schoolchildren search for burial remains of the soldiers and watch military-historical reconstructions. The theme of military responsibility is special in gymnasium No. 3.  On days of remembrance, young volunteers from the school stand as honor guards under the monument to the commonwealth of nations who were a part of the anti-Hitler coalition and talk with the veterans. The school has a unique museum dedicated to the reindeer-transport battalions, who were largely responsible for deciding the outcome of battles in the north.

So in this gymnasium, patriotism and remembrance are real. And Kornauhova herself was responsible for the museum becoming open to everyone and she involved all of the senior classes in this and this year, this work even included students from the sixth and seventh classes. Children not only from other local schools but also from other regions come to visit this museum, including the Yamalo-Nenets District, for example, from where the majority of reindeer herders were called to the front.  The teacher was the winner of the national «Education» project contest where one of her recent graduates received 100 points in history in their the standardized state exams.  This by the way is a rarity in the Murmansk region. The graduates we have spoken with unanimously say that Svetlana Kornaukhova is a real teacher, a real friend and a genuine mentor and there are a plethora of letters of gratitude, awards and appreciation.

But despite all of this, one single critical comment against how the higher-ups were over-supporting the cadets was enough to bring it all toppling down.

According to Kornaukhova: «When the director talked with me, she said that it was a done deal. She said that if she were to keep me, it would mean her head on the block. Honestly, I did not think that my comment would produce such an impression. I was told that I had insulted the children. But I was really outraged that these cadets should get medals for a few minutes at a rally. And our kids who did so much, and we do not have cadets at our school,  were not even worthy of any gratitude or official attention.»

Then Kornaukhova learned that the official reason for her firing was because of a ‘moral offence’ and she told them she would take this to the courts. The director then suggested it would be best if Kornaukhova agreed to leave on her decision and the teacher told her she would not. And there, the conversation went quiet for a month until June 13, when Kornauhova was again summoned to the director’s office:

«The director said that my story did not have a happy ending and handed me my redundancy notice. And then she added that if I wished to remain employed at the school, she could offer the posts of janitor,  cloakroom attendant, building maintenance worker or cleaning woman.»

Kornauhova refused to sign and called her fellow teachers to draft an ‘akt’, a document confirming the established facts or events in the case.  In the document, the director was asked why only the head of the education department had been made redundant when in fact there were three such positions at the school. There was no intelligible answer. Kornauhova then asked to see the new staff list and it turned out that one simply did not exist. So with no official answer in writing, the next day the teachers all went to the director’s office and one by one, signed a document declaring that Kornauhova’s dismissal was inappropriate. This document also added that as a member of the trade union committee, the chairman of the trade union’s signature had been necessary on the redundancy papers.

And according to Kornauhova, the only thing she actually asked for from the director was to remain at the school as a part-time teacher.  And this request was denied.

Kornauhova will be officially dismissed on August 29 when the legal two month grace period comes to an end. Teachers, parents of pupils and graduates have collectively written appeals in defense of the teacher to the regional education ministry, the city and the mayor’s office. The result though is not yet available. The Murmansk administration’s news bureau has only reported a statement that school organizational arrangements are strictly ​​the responsibility of the school’s principal. And it has been impossible to get through to the school director as Ms. Devyatkova, like the head of the city committee for education, Mr. Andrianov, is on vacation and her cellphone is silent.