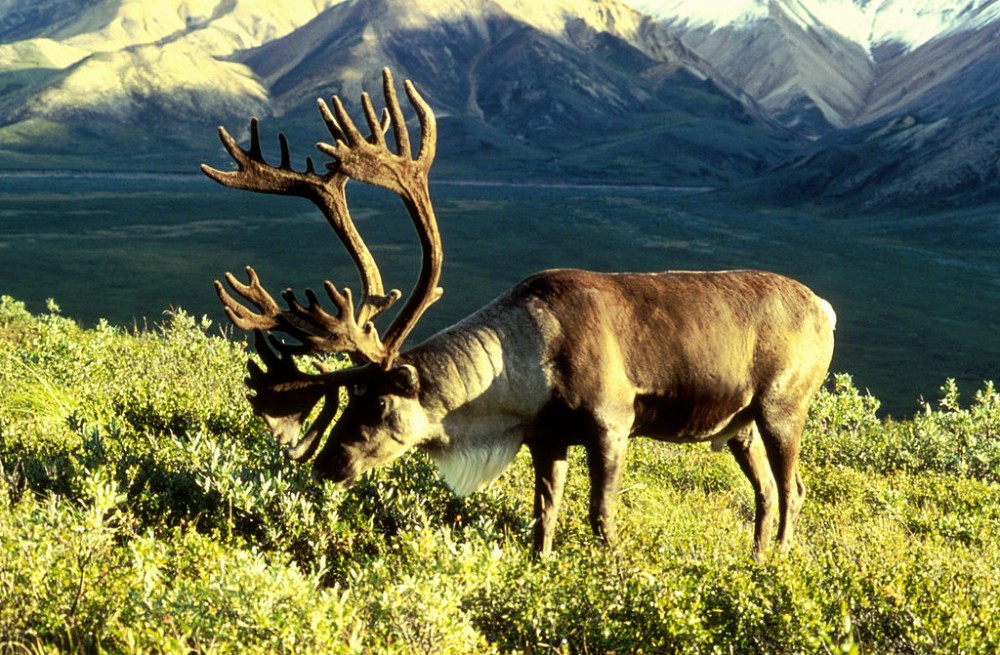 For years there has been concern about the rapidly declining caribou herds across Canada.
By

The same situation applies to the Bluenose East herd of the Northwest Territories and Nunavut.  Their numbers have dropped from an estimated 186,000 in 2003 to fewer than 40,000 in 2015.

While caribou herds undergo massive natural fluctuations in herd sizes, that alone can’t explain the variation, which is also being blamed on disturbance from human activity.

There was much concern therefore in the far north when it was learned that the Nunavut Impact Review Board had given approval to a Vancouver-based copper-mining company to begin exploratory drilling in the Bluenose East caribou herd calving grounds.

This was given without public consultation.

Several groups were opposed to the plan including many aboriginal groups and the neighbouring Northwest Territory Department of the Environment and resources.  The range of the Bluenose East herd extends well into that territory.

Delicate balancing act
On the far side of Nunavut, in Iqaluit, meetings are being held this week to try to establish a balance between development and protection for the herd, and not just the Bluenose east herd, but for several herds that range into neighbouring provinces like Saskatchewan and Manitoba, but return to Nunavut each summer for calving.

Another contentious part of the equation is that native groups are discussing severe cutbacks in their hunting of caribou to avoid damaging the sustainability of the herds.

“I don’t think it’s right that people have to have food off their supper tables so development can happen,” David Codzi, president of the Ayoni Keh Land Corporation in Colville Lake, N.W.T., told CBC News. “It just seems really irresponsible.”

It may be a difficult task for the week long meeting to come up with a satisfactory land use plan.

The governments of Nunavut, and the NWT have both given submissions to the Nunavut Land Use Planning Commission that they oppose exploration and development anywhere in the calving grounds.

On the other side, the NWT and Nunavut Chamber of Mines has a presentation questioning the boundaries for the calving grounds.  It also notes the enticing aspect of jobs in a region of high unemployment and says its plan allows for development without disturbing the caribou.

Norman Barichello, a former caribou biologist with the Yukon government is quoted by the CBC saying, “We should really make the decision of whether we want caribou or not and if we want them to stay, I think we should guard against intrusion into these very sensitive areas of their range.”