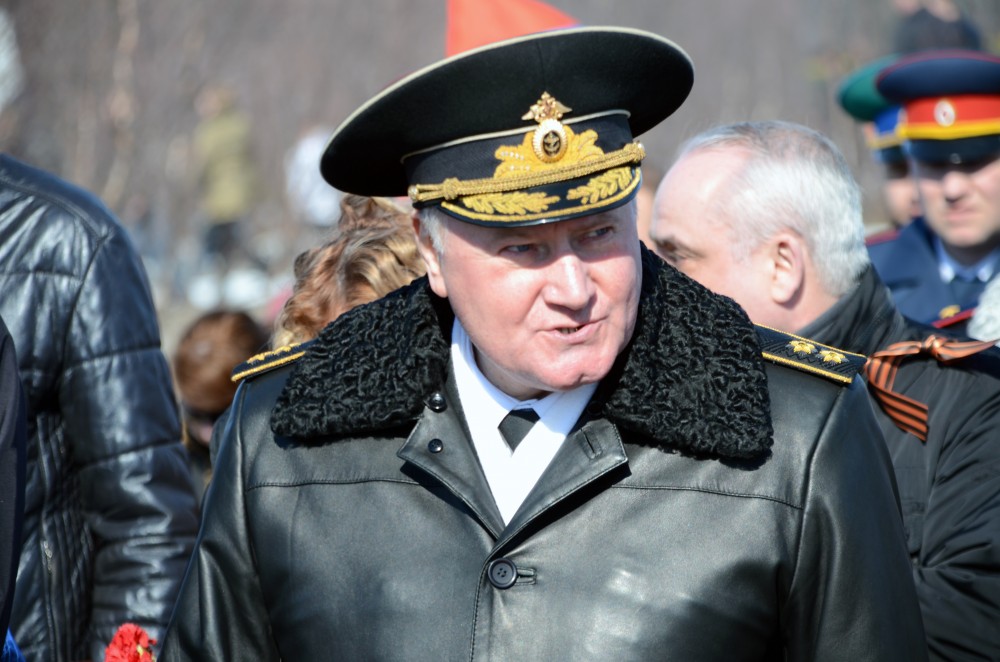 Commander-in-Chief of the Russian Navy Admiral Viktor Chirkov has resigned, and will likely be replaced by Commander of the Northern Fleet Admiral Vladimir Korolyov.
By

Chrikov has been on sick leave from his post as Commander-in-Chief of the Russian Navy since November 2015, and has now filed a report on dismissal on reasons of health, Russian media reported on Monday.

Admiral Vladimir Korolyov, who is Commander of the Northern Fleet, will most likely be appointed new Head of the Navy, RIA Novosti reports. Korolyov has been acting Commander-in-Chief since the end of November 2015, when Chirkov went through a minor surgery, Lenta reported.

Chrikov went through another surgery in January and is now under recovery at a hospital. About two weeks ago, Chirkov filed a report on dismissal on reasons of health not allowing him to serve as Commander, TASS reports. TASS also believes Korolyov to be the next commander.

The new Commander-in Chief of the Russian Navy will be appointed in the beginning of April.

If Korolyov becomes Russia’s next Commander-in-Chief of the Navy, he will be the fourth officer to climb from position as Commander of the Northern Fleet to the country’s highest-ranking naval officer. Since 1991, the Russian Navy has had six Commanders, three of them came from the Northern Fleet..