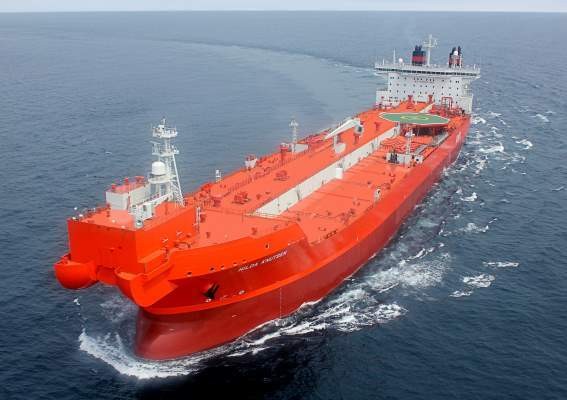 The first oil from Eni Norway’s Goliat platform in the Barents Sea is on its way to consumers in Europe.
By

On Tuesday the first oil was loaded to one of three shuttle tankers specially built to operate Goliat. The tanker will leave for Rotterdam in the Netherlands one of the coming days, newspaper Finnmark Dagblad writes.

After huge cost overruns and long delays, production of oil started at the platform, which is located 88 kilometres north of Hammerfest in the western part of the Barents Sea, started on March 13.

Production at the platform was originally to start in 2013. Norway’s Petroleum Safety Authority formally approved the use of the Goliat floating, production and offloading platform in January this year.

Construction of the platform in South-Korea was long delayed and costs overrun are estimated to NOK 17 billion (€1,8 billion). The total price tag for the project is now NOK 47 billion (€5 billion).

The Goliat field in the Barents Sea was discovered 16 years ago. Estimated production will be some 100,000 barrels per day. The oil will be stored in the floater itself before being reloaded to tankers and sailed to the markets. When production is on its top, it is estimated that one tanker will leave with oil every week. Goliat has capacity to store one million barrels of oil.

Located 88 kilometres north of Hammerfest in the western part of the Barents Sea, Goliat sets world record for being the northernmost offshore oil field. It is the second offshore oil production unit in the European part of the Arctic, after Russia’s Prirlazlomnoya platform in the Pechora Sea.