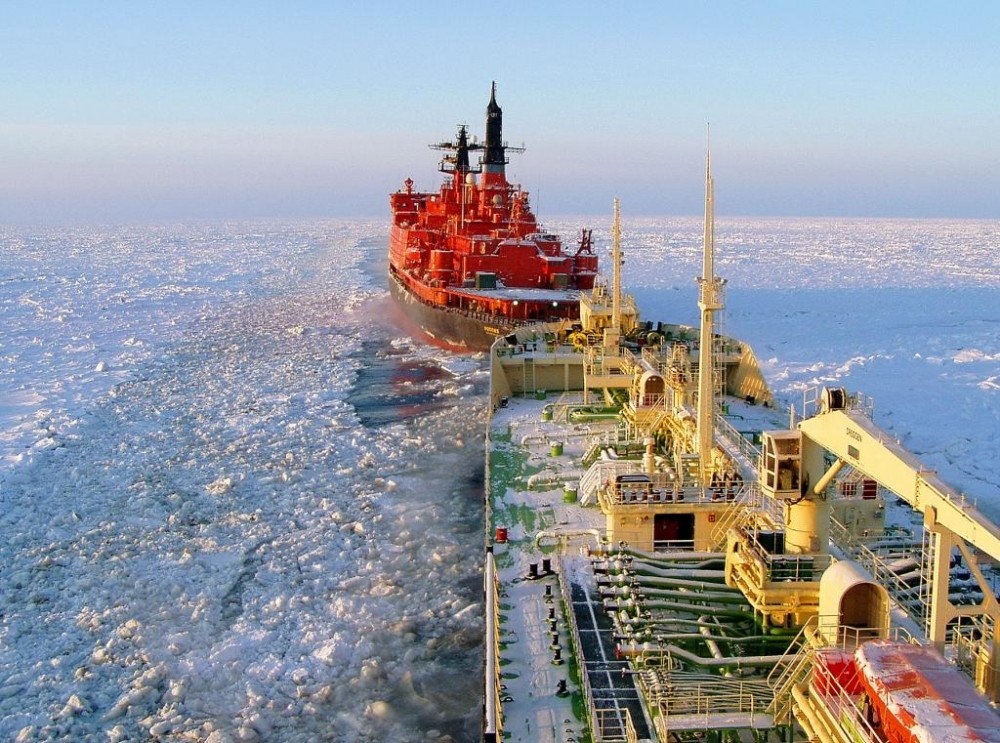 A coalition of international environmental groups is calling on the International Maritime Organization to prohibit the use of heavy fuel oil in Arctic waters.
By

Members of the United Nations agency responsible for the safety and security of shipping and the prevention of marine pollution by ships have gathered in London, England, this week for the meeting of the Marine Environment Protection Committee (MEPC).

Speaking from London where he is attending the MEPC meeting, Andrew Dumbrille, senior specialist in sustainable shipping at World Wildlife Fund Canada, said the international coalition of environmental NGOs has submitted an information paper to the IMO, outlining the spill risk and emission impact associated with the use of heavy fuel oil (HFO).

“HFO is unique when it’s accidentally spilled into marine environment in that it emulsifies on the ocean surface,” Dumbrille said. “And that emulsification is like a mayonnaise, which stays on the surface for many days, weeks, some people say months, and is extremely difficult to clean up.”

Marine animals that frequent the surface are especially at risk because this emulsified mayonnaise sticks to their furs and feathers, causing hypothermia and death, Dumbrille said.

“On the emission side, the HFO by far of any other fuels produces the most soot, the most black carbon, the most particulate matter, the most nitric  oxide, the most sulfur oxide of any fuel,” Dumbrille said. “That’s harmful to human health. When this black soot is on the surface of snow, it decreases the ability of that snow to reflect heat and when more heat is absorbed, more melting occurs, more climate change occurs.”

Studies indicate about 75 per cent of ships in the Arctic waters use heavy fuel oil, Dumbrille said.

“It’s a traditional fuel that is by and large much cheaper than the alternatives of diesel or LNG (liquefied natural gas),” Dumbrille said. “And the supply of HFO is also global and it’s readily available, so it’s mainly an economic issue.”

There is an associated issue around ship engines and ship design, but many ships that use HFO can also use diesel, Dumbrille said.

Political support
The coalition of environmental NGOs is looking for support from countries around the globe to put the issue of the heavy fuel oil on the agenda of the next MEPC meeting in October 2016 and develop a work plan, which eventually will put in place mitigation measures that could include the banning of the use of HFO in the Arctic, Dumbrille said.

It’s not clear yet what kind of political support does the environmental coalition’s initiative have among the member states, Dumbrille admitted.

In their March 10th U.S.-Canada Joint Statement on Climate, Energy, and Arctic Leadership Recent President Barak Obama and Prime Minister Trudeau’s highlighting the need to “determine with Arctic partners how best to address the risks posed by heavy fuel oil use and black carbon emissions from Arctic shipping.”

“This IMO meeting is the first public opportunity after that statement to show progress,” Dumbrille said.

Under the IMO rules, Canada and the U.S. can also take national steps to manage the use of heavy fuel oil in the waters off their respective Arctic coastlines, Dumbrille said.

“For instance Norway has banned the use of heavy fuels off of their coast,” Dumbrille said. “So it is possible for a member country of the IMO to take national steps.”