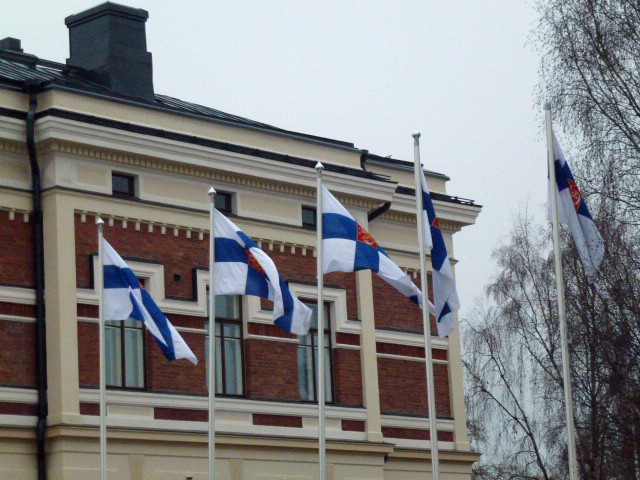 The Finnish-Russian Chamber of Commerce says trade between the countries has fell by nearly a third in 2015. Photo: Trude Pettersen

An economic barometer survey found that while trade between Finland and Russia contracted again last year – some companies say they see some light at the end of a rather dismal economic tunnel.
By

The economic situation in Russia remains difficult and reflections of those problems are mirrored in the country’s trade with Finland.

According to a Finnish-Russian Chamber of Commerce’s economic barometer survey, trade between the countries fell by nearly a third in 2015 – a continuation of the situation over the past few years in which commerce between Russia and Finland has plummeted.

The chamber said the reasons behind the decline include Russia’s economic downturn, sanctions, low oil prices and a weak Russian rouble.

However some say there appears to be some light at the end of the economic tunnel.

More than half of the firms that responded to a chamber barometer – a full 52 percent – said they believe that Russia’s economy will bounce back a little or at least remain at current levels.

Jaana Rekolainen, the Finnish-Russian Chamber of Commerce’s CEO, says that belief in Russian markets are gradually getting stronger, but says a full recovery remains in the distant future.  Of particular concern to the Russian economy, Rekolainen says, is the ability of its consumers to repay loans.

“Finnish companies remain pretty bearish about investment in Russia in general and there are problems with exports,” Rekolainen said. “But investments have been made in some areas like the construction industry.”

Fifteen percent of companies surveyed – the same amount as the previous barometer survey – say that Finnish exports to Russia have continued to decrease.

However, these companies still said they think the situation will turn itself around. Import numbers remained stable since the last chamber barometer was taken and those figures are expected to grow during the second half of the year.

Intentions of investment by companies doing business in Russia are up slightly and up to a third of those companies say that sales have improved.

“For example the Finnish retail companies have adjusted their practices to be more in tune with the current climate by changing over to more affordable product and pricing segments and switched to local producers,” Rekolainen said.

According to the barometer 62 percent of surveyed firms said that the economic sanctions have had a negative impact on business. The most common negative effects included financing problems or lack of funding.