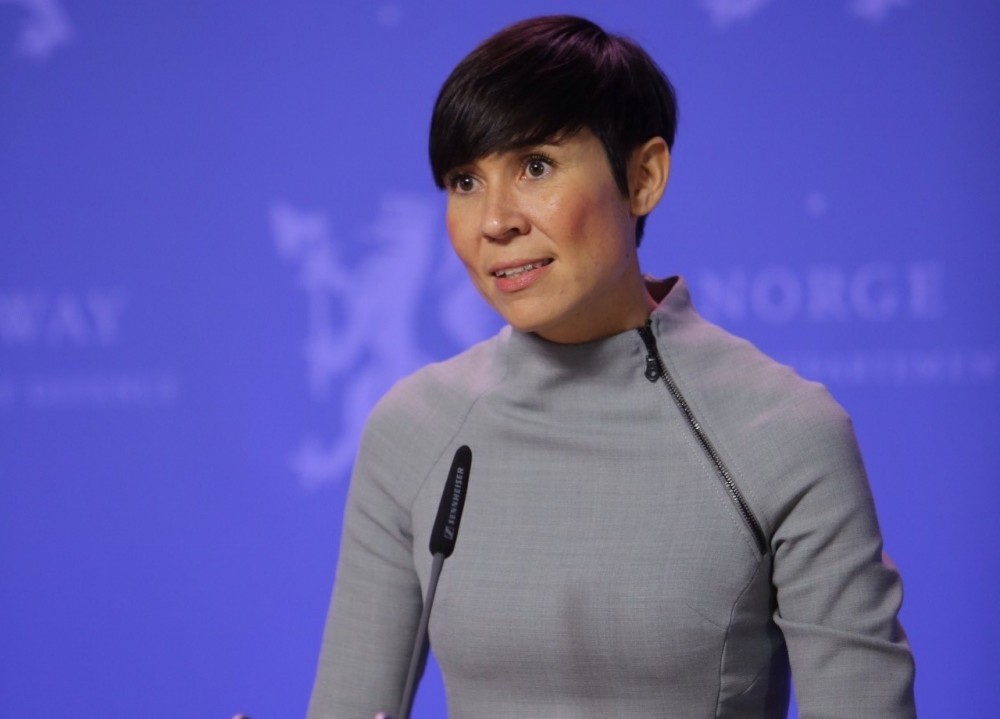 Calling Russia’s growing military capability and its use of force ‘the most significant change in the Norwegian security environment’, the governments wants to give the Norwegian Armed Forces additional NOK 165 billion over the next 20 years.
By

“Over the past few years the security situation in Europe has deteriorated, reminding us that we cannot take our sovereignty, our rights and our freedoms for granted,” Norwegian Minister of Defence, Ine Eriksen Søreide said during her presentation of the White Paper to Parliament describing the Long Term Plan for the Norwegian Armed Forces for the years 2017-2020.

“This rapid change has also reminded us of another fact, which is that it is too late to prepare for a crisis once it is here. We need to make the right decisions and investments today in order to ensure that we have the capability we need to meet any future threat,” she added.

The Government recommends a gradual increase in the defence budget over the course of the coming four years to a 2020-level NOK 7.2 billion (€767,7 million) above 2016-levels, and that over the coming 20 years will see an accumulated total of NOK 165 billion (€17,6 billion) in additional funding for the Norwegian Armed Forces.

Among several measures, the Long Term Plan proposes a series of investments in capabilities of strategic importance that will focus on improving intelligence, situational awareness, survivability and the striking power of the Norwegian Armed Forces. In addition to completing the acquisition of the F-35 Lightning II, the plan recommends an acquisition of four new submarines, to replace the current fleet, replacement of Norway’s Maritime Patrol Aircraft, as well as significant investments in modern air defence systems.

“The most significant change in the Norwegian security environment is Russia’s growing military capability and its use of force,” the proposal reads. “Even though Russia does not constitute a military threat to Norway, the combination of military modernisation and the will to exert influence hrough military power place Russia as a central factor in Norwegian defence planning. “

The military reform in Russia has resulted in a modernisation of Russia’s conventional forces as well as a strengthening of its nuclear capabilities.  According to the Norwegian Government, the Russian annexation of Crimea in 2014 and the continued destabilisation of Eastern Ukraine both constitute violations of international law, which have had a dramatic effect on European security. Russia has repeatedly proven itself willing to use a wide range of measures, including military force, to sustain its political dominance and influence, the paper reads.

The effort to free up funds for training and operations also requires further rationalisation of the Armed Forces basing structure. In total 11 facilities are slated for closure, including Andøya Air Station, that currently serves as home to the Maritime Patrol Aircraft of 333 squadron. The new Maritime Patrol Aircraft will be co-located with the High North forward base for the F-35 at Evenes Air Station. Evenes will also be strengthened with the establishment of dedicated base defence units and long-range air defences. Additionally, the Maintenance Training Center at Kjevik will be closed, and activities transferred to Værnes and Ørland Air Stations.

The Long Term Plan has now been presented to Parliament, which will consider it after the summer recess.“