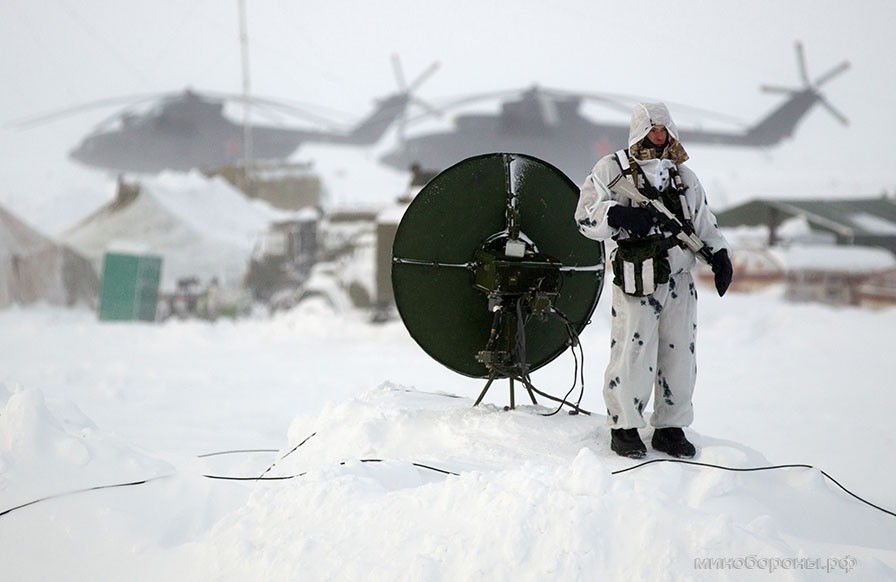 Russia is upgrading military bases in the Arctic, including at Cape Schmidt in Chukotka. Illustration photo: Mil.ru

Federal authorities have halted financing of the new military base at Cape Schmidt.

According to company Rusaliance Stroy, the federal Agency for Special Construction (Spetsstroy) has stopped financing of the new base, and construction works have consequently been halted, company representatives say to newspaper Kommersant.

There has been no construction on site for several months, engineer Sergey Voronkov says to the newspaper. At least 40 construction workers are currently on site, without salaries and supplies, he adds.

The base is reported to be about 20 percent completed.

The Cape Schmidt base is one of several Russian Arctic bases currently under upgrade. The Spetsstroy agency is responsible for the development of bases on a total of six Russian Arctic islands. In most of the projects, the agency operates the construction works itself without subcontractors.

It is not clear whether the agency has halted construction also in the other projects.

At the Cape Schmidt, there has been a base since 1954. The development of the new base started in 2014. The cape is located in the far eastern part of the Russian Arctic, on the northern tip of Chukotka.