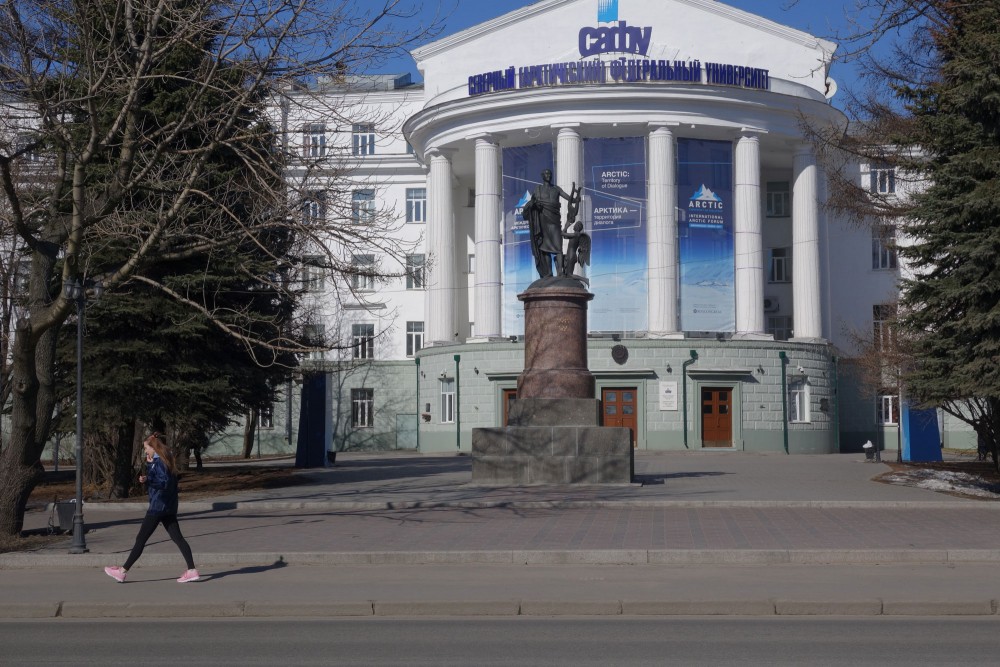 САФУ — Northern (Arctic) Federal University was among the venues in Arkhangelsk for the Arctic Forum in 2017. Photo: Atle Staalesen

The bi-annual conference ‘The Arctic - Territory of Dialogue’ will not return to Arkhangelsk or any other northern cities in 2021.
Read in Russian | Читать по-русски
By

Arkhangelsk Governor Igor Orlov could confirm at his traditional start-of-the-year press-conference on Tuesday that Russia’s largest Arctic conference will be in St. Petersburg in 2021.

In 2019, the venue was in a last minute move transferred from Arkhangelsk to St. Petersburg.

«The minimum number of forum participants is estimated at 4,000. There are no cities in the Arctic zone which can host such event,» Igor Orlov said according to News29.

Arkhangelsk Oblast portal DvinaNews has posted the video-recordings of the press conference at its Vkontakte page.

More than 8,000 participants took part in the 2019 Arctic Forum in St. Petersburg and the interest is not expected to be less for the 2021 conference.

Arkhangelsk, Murmansk or other cities in northern Russia do not have hotel capacities or conference space big enough. That, however, might change in the future. Murmansk governor Andrey Chibis last fall presented the project «New Murmansk».

Planned to be built on in Abram-Mys on the western shores of the Kola Bay, the new futuristic city quarters includes a large congress centre and new hotels.

«This is a project for a new Murmansk where we can consolidate practically the while international Arctic agenda, bring it to our place,» Andrey Chibis said when he presented the project.

‘The Arctic - Territory of Dialoge’ is one of the three larger circumpolar Arctic meeting points together with Arctic Circle in Reykjavik and Arctic Frontiers in Tromsø.

The Tromsø conference takes place next week, this year entitled ‘The power of knowledge’.