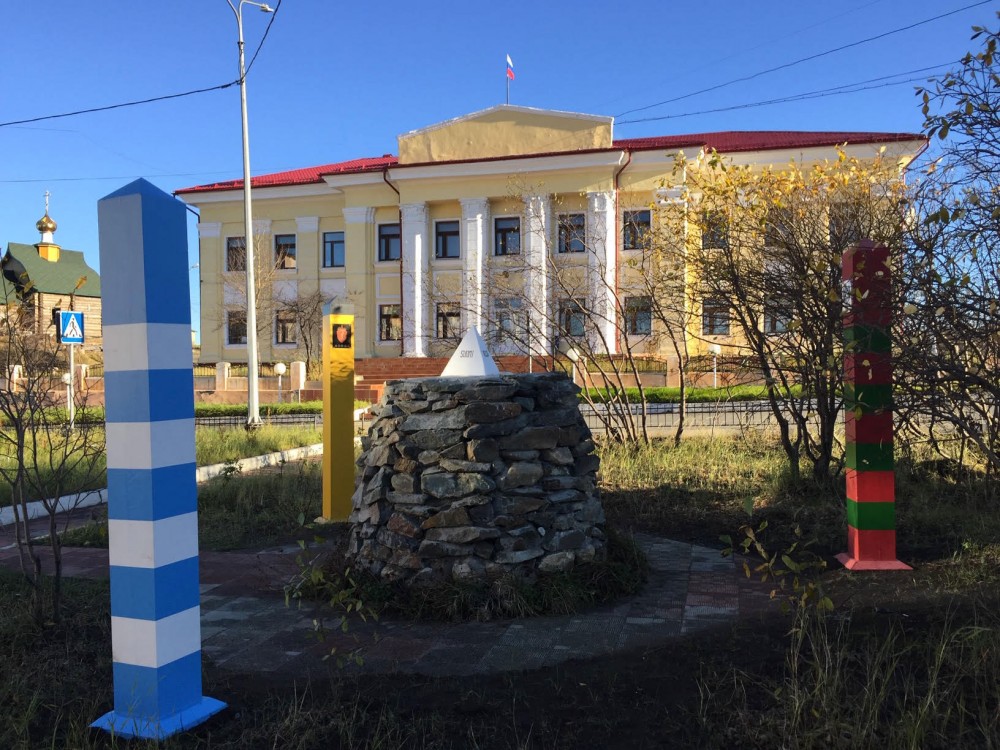 The Pechenga district administration is located in the town of Nikel, just few kilometers from Norway and Finland. Photo: Atle Staalesen

Critics cry foul as local decision makers hammer through a merger of the four municipalities located along the border to Norway and Finland.
Read in Russian | Читать по-русски
By

It took only two months to carry out the merger that was announced by local authorities in late February. With firm support from regional authorities in Murmansk, local government leader Aleksandr Morozov on the 24th April got what he wanted.

The four municipal units in the Pechenga area will now be merged into one united Pechenga Rayon. The local administrations and town assemblies of Nikel, Zapolyarny, Pechenga and Korzunovo will seize to exist and powers handed over to the bigger district authority.

Some locals see it as a blow to local governance and a clampdown by powerful political and economic interests. But Head of the local District Council Aleksandr Morozov and top local executive Eduard Zatona argue that it is a measure direly needed for the district to develop.

“We have a noble purpose with this merger, namely to make life for the local population better,” Morozov underlined in one of the public hearings conducted in March. That hearing, which included heated discussions and lasted for more than two hours, was filmed by one of the participants.

That same perspective is highlighted by regional Governor Andrey Chibis and his Murmansk government administration.

“The merger of the municipalities will allow us to speed up the social and economic development of the areas that form part of the district, enhance life standards for the local population and optimize the administrative governance system,” the regional government said as it approved the regional reform on 24th April.

The merger process is due to be completed before the end of 2020. Local elections to a new joint assembly will be held on the 13th September.

Eduard Zatona and Aleksandr Morozov are both members of the United Russia and have carried out the merger in close cooperation with the regional party branch.

But far from everyone in the border area is content with the process. A group of politicians in opposition to the plan has voiced strong concern about the effects of the merger.

Under the leadership of Andrey Buyankin, an independent local politician in the town of Zapolyarny, the group has staunchly protested the plans and lobbied actively on social media.

In a series of online discussions and talk shows, Buyankin and local associate Ruslan Belashov have warned that the merger could ultimately lead to a reduction in the public funds transferred to the area.

Among the driving forces behind the process is Nornickel, the company that runs the major local industrial plants, they argue.

With a merger, the local towns in the area will lose their status as so-called mono-towns and consequently be deprived of their right for special benefits.

He fears that consequences will be the worst for Nikel, the local town that now is in the process of closing its local nickel smelters.

“Nikel will be completely eradicated,” Belashov underlines and adds that “nobody will want to invest in this area if the current benefits disappear.”

Regional authorities have anchored the Pechenga merger process in a series of local public hearings. In all the meetings, solid majorities of locals expressed support for the process.

That support has been used as justification of the process. However, critics say that the audiences in the hearings have not been representative of public opinion.

In connection with the public hearing in the town of Pechenga, it turned out that far from everyone were allowed to participate despite their local residency.

Buyankin and Belashov have called the hearings “falsified” and argued that they should be subject to investigations by local prosecutors.

Furthermore, the hearings were held as the coronavirus started to spread across the Kola Peninsula and health authorities banned public assembly. In several of the meeting rooms, only up to 50 people were allowed to assemble.

The merger of the four border municipalities comes on the backdrop of major change in local economy.

Cornerstone company Nornickel is closing its smelter in Nikel and moving several hundred of local workers to other company towns. Many locals fear that Nikel, currently home to about 11 thousand people, ultimately could become a ghost town.

At the same time, Nornickel has promised a significant increase in investments in alternative industries. Among the company’s plans is the building of a new seaport and tourism complex in Liinakhamari, a coastal settlement by the Barents Sea.

For the more than 35,000 people in the district, an area that in the 20th century mid-war period belonged to Finland, the future brings political and economic change.